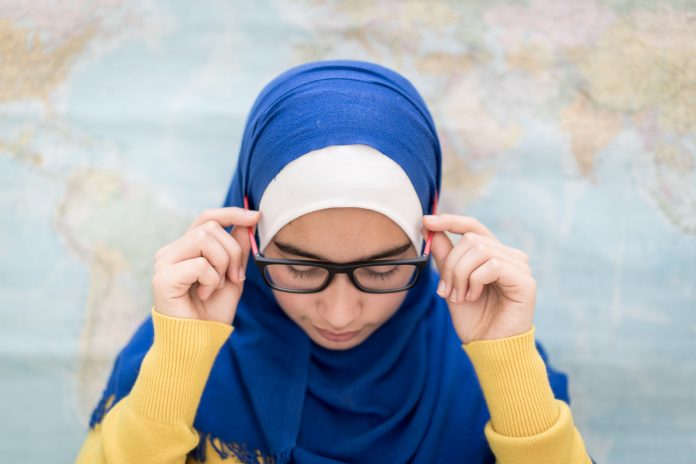 Near the start of each school year, many U.S. schools wrestle with how to teach about 9/11 – the deadliest foreign attack ever on American soil.

In interviews I conducted recently in the Washington, D.C., metropolitan area – one of three places where hijacked planes crashed on Sept. 11, 2001 – I found that Muslim students are often subjected to ridicule and blame for the 9/11 attacks.

“Even if they’re joking around, they’ll say ‘terrorist’ and stuff like that,” one student told me. “That used to trigger me a lot.”

Another student told me: “9/11, every single year, is so awkward. The administrators would be like ‘On this fateful day, this happened’… then the Muslim jokes would come up, like ‘Don’t blow us up.’ When I was younger it bothered me, but now I’m just desensitized to it.”

“There’s so much tension, just being even this color and then being a Muslim, period,” yet another student told me. “It’s really strange, like, you feel it, they’re not saying it … ’You don’t understand this question because you’re Muslim,‘ which is the strangest thing, but it’s definitely the tension that these teachers give off sometimes.”

These students are among the 55 Muslim students, ages 12 to 21, whom I interviewed in the Greater Washington, D.C., area from 2019 through 2021 about their experiences in school during classroom lessons about 9/11. Their experience is part of a larger pattern of Muslim students being targeted and bullied in U.S. schools.

A 2020 poll found that 51% of American Muslim families reported that their children experienced religious-based bullying – insults or physical assaults – in school. That’s nearly twice the rate reported by parents among the general public, the same poll found. Perhaps more disturbingly, 30% of those incidents reportedly involved a teacher or school official – the same people whom students ought to be able to turn to for support.

When Muslim students experience these kinds of challenges at school, it is associated with higher levels of psychological distress. Students can learn better when educators foster a sense of emotional safety and belonging.

Observers might conclude that it’s no big deal when students merely subject their Muslim classmates to jokes – that the teasing is all in good humor and a normal part of high school.

My research – which is ongoing and unpublished – suggests that this sort of cavalier attitude can be found among teachers and administrators. A few students in my study noticed their teachers would dismiss their concerns or make excuses for students who teased Muslim students about 9/11 by suggesting the other student “didn’t mean it” or “was misunderstood.”

But calling Muslim students “terrorists” or telling them “don’t blow us up” repeats deeply ingrained stereotypes that vilify Muslims as prone to extremist violence and should be considered anti-Muslim racism, I believe.

Opposition from the top

Beyond having their concerns about harassment dismissed, Muslim students sometimes must deal with school administrators who block their efforts to form identity groups. For instance, a 2018 study found that at a high school where the principal suspended meetings for a Muslim Student Association, Muslim students felt as if their school was “characterized by exclusion and racialized surveillance.” Muslim students also report that their commitment to democratic values is often called into question.

Despite the animosity that Muslim students face, scholars who specialize in Muslim student issues, such as Suhad Tabahi and Layla Khayr, argue that schools can do more to combat anti-Muslim racism.

Much of that work can be done in the classroom – and school-based 9/11 observances and lessons represent a prime opportunity.

As a teacher trainer who partly works in developing culturally responsive 9/11 teaching resources, I offer three strategies educators can use to reenvision how they deal with the 9/11 attacks and their aftermath.

Although it’s common for people to recall how “Islamic extremists” carried out the 9/11 attacks, it’s also true that Muslim immigrants, such as Mohammed Salman Hamdani, lost their lives serving as first responders. Those stories can help counterbalance the negative sentiments that arise from Muslim-blaming narratives that sometimes accompany lessons about 9/11.

2. Examine the social and political effects of 9/11

Teach students how immigration policies became linked to national security. Introduce students to how 9/11 gave rise to the USA Patriot Act, which authorized the broad use of federal surveillance to counter violent extremism, led to the formation of the Department of Homeland Security and informed the so-called “Muslim ban.”

Discuss how 9/11 led to “no-fly” lists and disproportionately affected the surveillance of Muslim Americans. Recount how the wars in Afghanistan and Iraq were linked to 9/11.

Show students how Muslims, and people assumed to be Muslim, feared for their personal safety because of all the backlash that followed 9/11.

This can help students better understand contemporary events, such as why Afghan refugees are coming to America, or why airport security increases around Sept. 11 each year.

As the United States prepares for potential terror threats on the anniversary of 9/11, educators bear a responsibility to maintain a safe learning environment. Teachers should pay attention to the conversations between students to ensure that they are not repeating harmful words and actions that target Muslims.

Respond to students who express fear for their personal safety. Educators should consult their state’s anti-bullying policies to get up to speed on how to handle harassment.

But by offering a broader perspective of 9/11 and its aftermath, educators can create a safer learning experience for students as they reflect on 9/11 and how it forever changed Americans’ lives.

Share
Facebook
Twitter
Pinterest
WhatsApp
ReddIt
Previous articleBilingual people with language loss due to stroke can pose a treatment challenge – computational modeling may help clinicians treat them
Next articleNew gene therapies may soon treat dozens of rare diseases, but million-dollar price tags will put them out of reach for many