Why is it so difficult to fight domestic terrorism? 6 experts share their thoughts 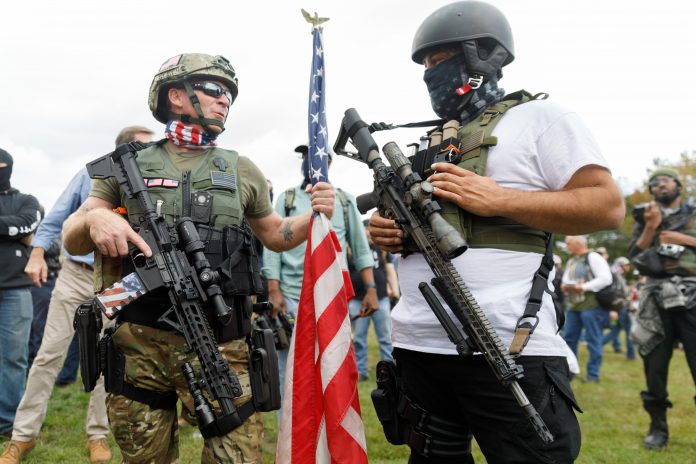 The United States’ first-ever national strategy for countering domestic terrorism calls for better information-sharing among law enforcement agencies and efforts to prevent extremist groups from recruiting online. Published in June 2021, the document is bolstered by the recent introduction of several counterterrorism bills. The Department of Homeland Security has earmarked hundreds of millions of dollars in funding to prevent attacks.

After two decades of successive administrations focusing almost exclusively on the foreign militant Islamist threat, it appears that domestic far-right extremism, especially white supremacy and militia violence, is now at the top of the national security agenda. However, far-right political violence is not new, nor are coordinated efforts to eliminate it.

America has a long history of failed anti-terrorism programs, from the much-neglected Ku Klux Klan Act of 1871 to the quick and forceful legislative response to the Oklahoma City bombing in 1995.

Experts are concerned that this latest plan will not represent a new direction, but rather a continuation of past counterterrorism efforts, including violations of citizens’ rights and discrimination against people of certain ethnic or religious backgrounds.

I, Mikkel Dack, am a historian of Germany who studies far-right violence and counter-radicalization projects in that country after World War II. But while what Germany called “denazification” does hold many lessons for today, the American context is vastly different from postwar Europe. So I asked a panel of counterterrorism experts what they see as the greatest practical challenges to fighting far-right violent extremism in the United States.

Excluding the coordinated attacks of 9/11, domestic right-wing terrorism has caused more harm to American citizens at home than radical Islamist attacks over the past two decades.

However, the urge to develop immediate legislation to confront the threat of domestic terrorism could cause trouble. Domestic attacks like the one that occurred on Jan. 6, 2021 are rare, yet they encourage immediate and far-reaching responses that are not easily rolled back.

The USA PATRIOT Act of 2001, which sailed through Congress in just three days after the 9/11 attacks, addressed very different circumstances than those involved in domestic extremism.

In particular, one provision of the Patriot Act criminalizes anyone who raises money, supplies propaganda or otherwise provides what the law calls “material support” to terrorist organizations, even if the person has no other connections to terrorism. If applied to U.S. citizens supporting groups based in the U.S., that would likely raise huge legal challenges under the First Amendment’s protection of freedom of assembly and association.

Following (Donald) Trump’s election loss, some conservative politicians have rushed to appear ideologically consistent with the former president, including his allusions of support for the far-right. Many make statements that tacitly approve of violence in the service of political objectives.

These politicians tend to avoid overt directives, providing them with plausible deniability should violence occur. But when statements reach millions of people, at least some will interpret them as orders.

The difficulty posed by this phenomenon, called “stochastic terrorism,” is couched in the speech protections of the First Amendment and judicial precedents. In 1969, the Supreme Court decided that speech in support of terrorism is protected by the First Amendment unless it incites violence immediately. This renders the link between speech and violence subjective.

In some cases, politicians have been prosecuted for influencing extremist violence. In others, the speaker avoided punishment. Because implied support for violent extremism remains only subjectively punishable, some politicians will likely continue to make implicit statements that increase the likelihood of right-wing domestic terrorism.

On July 19, 2021, 38-year-old Florida resident Paul Hodgkins received an eight-month prison sentence for his role in the Jan. 6 attack on the U.S. Capitol. His conviction, and dozens more expected to follow, raises questions of what will happen to them while in prison – and after their release.

In the past, neither the national security agencies nor the Department of Justice’s Bureau of Prisons has seriously considered how to handle extremist inmates while they serve their sentences, nor how to offer them a road to reintegration with the country they attacked, or planned to.

Deradicalization efforts to address the increasingly diverse population of homegrown terrorists could include psychological counseling and restorative justice. The benefits could extend beyond the decreased risk of future extremism, to rebuilding trust in government agencies and communities torn apart by political and cultural discord.

The problem of domestic terrorism is not just something to be tackled by the government, but is a fundamental challenge within government agencies. Radicalization is particularly dangerous within law enforcement and the military, whose members are armed and hold positions of power in society.

Screening military and other government officials for ties to extremist groups is key to the success of the other components of the White House strategy. But most government background checks rely heavily on friends and family members. That system will not be reliable if many of those people themselves have deep distrust in the government and may be radicalized or otherwise misguided by disinformation.

Vetting systems could be adapted to include questions that will elicit information about radicalism. In addition, government agencies could require job candidates – or existing employees – to disclose their own connections to extremist groups and ideologies, coupled with penalties for failing to do so.

Share
Facebook
Twitter
Pinterest
WhatsApp
ReddIt
Previous articleIs it a crime to forge a vaccine card? And what’s the penalty for using a fake?
Next articleHurricane Ida: 4 essential reads about New Orleans’ high hurricane risk and what climate change has to do with the storms