What is Sharia? Islamic law shows Muslims how to live, and can be a force for progress as well as tool of fundamentalists 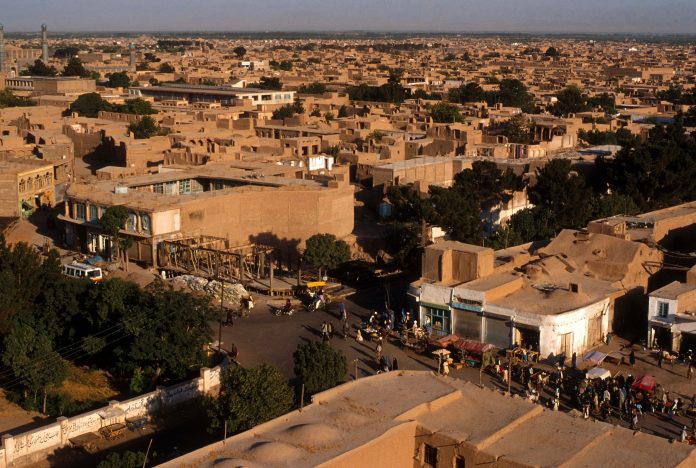 In the previous installment of this series, you learned about feminist movements within Islam. This article will explain Islamic law, or Sharia, a core part of the faith, drawn from the Quran and the Hadith, a collection of the sayings and actions of the Prophet Muhammad and his companions.

Sharia constitutes a broad set of rules that guide Muslims on how to lead an ethical life. In Arabic, Sharia means “the way,” as scholar Asma Afsaruddin explains. It is a way for many Muslims to get moral direction on their conduct, including how to pray and how to treat a family member.

Many Americans associate Sharia with intolerance. The media often plays up stories of primitive punishments under Sharia, such as caning or stoning to death for adultery.

Between 2010 and 2018, 43 U.S. states introduced bills with the aim to check any use of Islamic law in American courts. In 2017, “anti-Sharia” marches were organized across the U.S. by the a conservative group ACT for America to stop Sharia from making “inroads” into society.

The way Sharia is interpreted depends on who is using it and why. For example, Sharia has been used to restrict women’s freedom in countries such as Brunei and Saudi Arabia. However, scholar Mark Fathi Massoud points out that Sharia provided women with rights that were unheard of in the premodern world.

Scholar Afsaruddin writes that Sharia requires a woman’s consent before marriage. It also allows a woman to initiate divorce under certain conditions. It allowed a Muslim woman to inherit property at a time when European Christian women did not have such rights.

Some countries, such as Saudi Arabia and Brunei, however, have interpreted Sharia harshly. In 2019, Brunei introduced death by stoning for homosexuals under its Islamic law. International pressure later forced the country to back down.

Scholar Jessica Marglin connects this harsh interpretation to “Islamism,” which arose in the 20th century.

“Islamists see revival of the Sharia as a political solution to the problems plaguing Muslim-majority societies, including corruption and inequality,” writes Marglin.

While many Sharia punishments relate to issues of morality, Afsaruddin clarifies that Islam does take a strong position on adultery.

It’s true that the Quran prescribes punishment by lashing. “But there is a high bar of evidence that must be met before this punishment can be meted out: Four witnesses must observe the actual act of penetration. Even in this age of voyeurism, it would be next to impossible to meet this criterion,” she writes. Such a punishment was “hardly ever carried out in the premodern world,” she adds.

It’s important to understand what led to these modern-day interpretations in a few countries like Saudi Arabia and Brunei. Massoud says that it was countries in which Muslim fundamentalists have gained power, such as Iran and Saudi Arabia, among others, that “stunted the democratic potential of Sharia.”

During the colonial era, Great Britain, France and other European powers ruled over their colonies in the Middle East, Africa and Asia. Massoud’s research shows that post-colonial Muslim societies, such as Sudan, Nigeria, Pakistan and Somalia, rejected the religious system and embraced the colonial legal system, leaving Sharia in the hands of extremists.

Today, the use of Sharia, he says, is often used to portray that “the Muslim world is uncivilized” and Islam “incompatible with modern society.”

This article was reviewed for accuracy by Jessica Marglin, Associate Professor of Religion at USC Dornsife College of Letters, Arts and Sciences.

Fact: In earlier centuries, celebrations of same-sex love did not flout Islamic law. Rather, a man’s love for another man was considered widely acceptable even by Sharia jurists, as long as one avoided the sin of sodomy. In the 18th century, Abdallah al-Shabrawi, the rector of al-Azhar in Cairo – then, as now, one of the Islamic world’s most prestigious centers of religious learning – was known both as a scholar and a poet. Al-Shabrawi dedicated a love poem to his male student and wrote many others celebrating young men. – From an article written by Jessica Marglin, Associate Professor of Religion, USC Dornsife College of Letters, Arts and Sciences.

Congratulations on finishing this series on Understanding Islam! To test your knowledge, take our quiz based on the material in this series.