What do Muslims believe and do? Understanding the 5 pillars of Islam 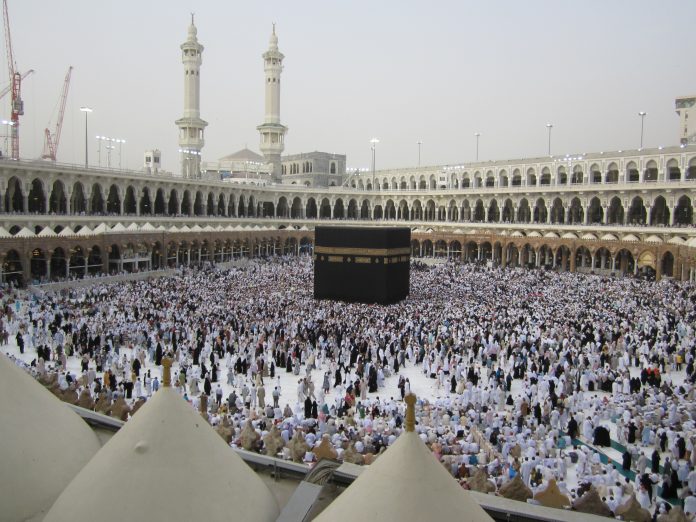 When I was growing up in India, my father’s Muslim friends would get me new clothes for Eid al-Fitr, a festival that celebrates the end of the fasting month of Ramadan, just as they would for their own children. Later in the day, loads of sewain, a vermicelli dessert filled with nuts, would be sent to our home.

I learned about many cultural rituals in these interactions, but as someone who is not a Muslim, I did not have a deep theological understanding of the Islamic faith until reading the writings of our scholars as an ethics and religion editor.

Today, we will take you through some of the basic tenets of the Islamic faith.

For Muslims, Prophet Muhammad is the most revered of all men. He is the last and most authoritative in a line of prophets that includes Moses and Jesus and is believed to have received direct revelations from God through the archangel Gabriel.

These revelations form the basis of the Muslim holy text, the Quran. The Quran refers to God as Allah, which is the Arabic word for God.

Muslims belong to many different sects – including some you may have heard of, like Sunni and Shiite – but they all share these same fundamental beliefs.

There are five pillars – or basic tenets – of the Islamic faith. These are professing one’s faith; praying five times a day; giving zakat, or donating a certain portion of one’s wealth; fasting during Ramadan; and making a pilgrimage to Mecca in Saudi Arabia.

Each of these pillars is an important part of being Muslim. As scholar Rose Aslan writes, “Many Muslims organize their days around the call to prayer and others stop what they are doing during the call and make supplications to God.”

In countries such as Turkey, Saudi Arabia and India, the call to prayer can be heard through loudspeakers mounted on minarets. The sacred text is recited by professionals to evoke piety in their listeners.

Scholars explain that for many Muslims, the practice of prayer helps them experience God in an intimate way. The 13th-century Persian Sufi poet Rumi spoke of his experience of prayer as a “delight,” that opened the “window” of his soul.

The Kaaba holds a deep religious significance for Muslims. The Quran tells the story of Ibrahim, who, when commanded by God, agreed to sacrifice his son, Ismail. Scholar Ken Chitwood explains that Muslims believe the Kaaba holds the black stone upon which Ibrahim was to sacrifice Ismail.

The pilgrimage ends with Eid al-Adha, the “feast of the sacrifice.”

If you have heard about or seen your Muslim neighbors fasting, then what they are observing is Ramadan. Muslims believe that the Quran was first revealed to Prophet Muhammad during the month of Ramadan.

Ramadan is the ninth month of the Islamic lunar calendar and lasts either 29 or 30 days. During Ramadan, Muslims observe a fast from sunrise to sunset each day, so they wake up early to share food before the sun appears and end it in later in the evening.

In the 12-month Gregorian calendar used in much of the world, the timing of Ramadan can vary from year to year. The dates depend on when the new crescent moon is visible.

The fasting, as scholar Mohammad Hassan Khalil explains, is a way for Muslims to be conscious of God. It is also meant to help them understand what it is like to be poor.

The fasting ends with the celebration of Eid al-Fitr. Muslim communities often organize large feasts for breaking the fast that are known as “Iftaar” (literally, “breakfast”) at which people from all religions are welcomed. I’ve often attended Iftaar feasts in India.

On Eid, Muslims gather in the mosque for prayers, which are followed by celebrations. In many South Asian countries, sewain are distributed around to friends and neighbors. But customs can vary, and Muslims from different countries and cultures will bring their unique food and traditions to the celebrations of this holy day.

This article was reviewed for accuracy by Ken Chitwood, a Postdoctoral Research Fellow at the Berlin Graduate School of Muslim Cultures & Societies at Freie Universität Berlin. He is also a journalist-fellow at the University of Southern California’s Center for Religion and Civic Culture.

Fact: The first Muslim to ever recite the call to prayer was Bilal Ibn Rabah, son of an enslaved Abyssinian woman, in the city of Medina in the seventh century. At the time, early Muslims were debating the best way to audibly announce the time for prayer so people would know when to gather at the mosque. – From an article written by Rose Aslan, Assistant Professor of Religion, California Lutheran University.

Do now: Listen to these sounds of the call to prayer, and ask yourself how they make you feel.

In the next issue: Who is an American Muslim?