Drink less, exercise more and take in the air – sage advice on pandemic living from a long-forgotten, and very long, 18th-century poem 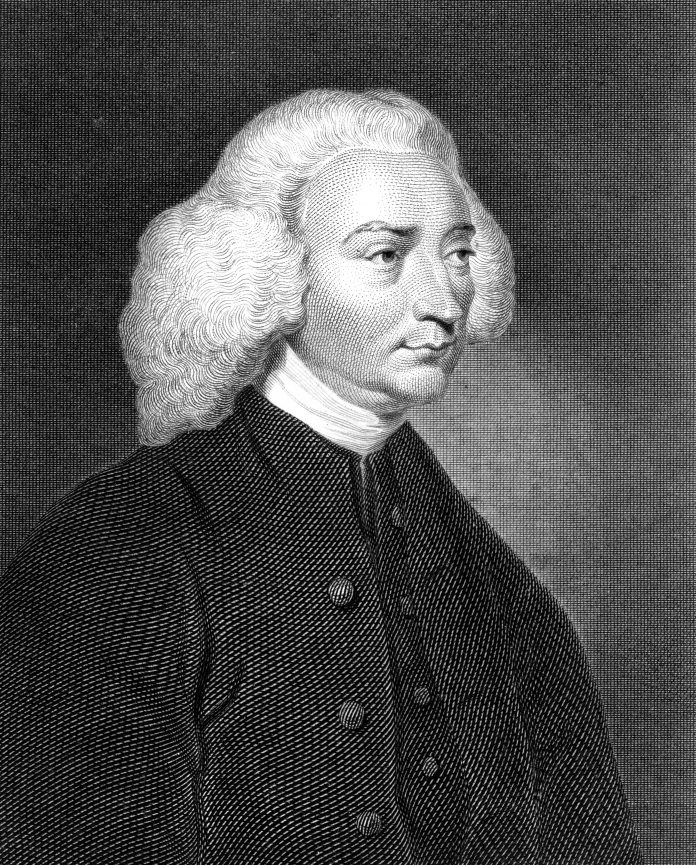 A respiratory disease has spread far and wide. Conflicts at home and abroad pose dire challenges. The public is overwhelmed by questions of what to read and whom to trust as it confronts an ever more complicated world.

I am describing mid-18th century Britain. The first disease to be characterized in English as an “influenza” swept through Europe in 1743. Foreign war, as well as violent domestic struggles, had marked political life for much of the prior century and would continue for many years to come. And increasing rates of literacy and publication meant that information – good, bad and ugly – was more available than ever before.

This was the world that in 1744 saw the publication of “The Art of Preserving Health,” a long poem by the Scottish poet-physician John Armstrong that takes up a range of topics people today would refer to collectively as “wellness.” Over 2,000 lines long, the poem is divided into four books: “Air,” “Diet,” “Exercise” and “The Passions.”

During the past year and a half, many readers have turned to age-old texts to imagine new paths forward. As a teacher and scholar of 18th-century poetry, I find it useful to think about John Armstrong in this way too. So, while the world waits for vaccination rates to rise and case counts to fall, perhaps a few of this doctor’s orders are worth noting.

Armstrong lived and wrote in London, having moved there in the 1730s with a medical degree from the University of Edinburgh. In addition to “The Art of Preserving Health,” he wrote and translated serious medical texts, a volume of sexual health advice in verse and satirical works sending up xenophobia, superstition and medical quacks.

Of course, by the standards of modern science, even serious 18th-century medicine tends to look like quackery. For instance, no one would take mercury to cure syphilis these days – though as the historian Roy Porter put it, the general lack of good options for treatment tended to mean that the public would “try anything.” But Armstrong appears to have been especially put off by those who would prioritize profit over public health.

Immediately popular, “The Art of Preserving Health” remained in print for decades, with editions produced in London, Philadelphia, Boston and Naples, Italy. As late as 1822, a short biography of Armstrong insisted that “there is no probability that his poem will ever sink into oblivion.”

Unfortunately, that’s exactly what happened. Tastes eventually turned away from texts that seemed to combine disciplines like literature and medicine. Even John Milton’s epic poem “Paradise Lost” was criticized by some education reformers who found its incorporation of religious, historical and classical ideas to be outside the bounds of good poetry.

Another barrier to the survival of “The Art of Preserving Health” was its language. Like many 18th-century poets, Armstrong signals his seriousness by trying to sound like both Milton and famous ancient poets like the Roman writer Virgil. This kind of writing eventually fell out of favor, and to a 21st-century ear, it can sound a little funny. For instance, when describing the discomforts of high humidity, Armstrong observes that “the spungy air/ For ever weeps” – not inaccurate, yet probably not how any serious poet would put it today. But if we let go of our modern expectations for what a poem should be or do – and perhaps keep a good dictionary close by – we find that much of Armstrong’s advice holds up.

First, and perhaps most relevant in the age of COVID-19, Armstrong prescribes fresh air or, in his words, a “kindly sky” in a “woodland scene where nature smiles,” away from dense crowds. This clean air, he writes, alleviates all kinds of diseases, especially respiratory infections.

Next, he’d like his readers to think about what they eat. Armstrong suggests a “watchful appetite” to help rebuild oneself from the wear and tear of everyday stresses, but he avoids naming specific foods:

Instead, like a modern nutritionist, he advises a keen awareness of one’s own food sensitivities, as well as a general sense of moderation.

In other words, workouts should start easy and gradually ramp up. Even experienced athletes begin with a warmup, and Armstrong prescribes the same — “at first but saunter” — before kicking it into high gear.

And finally, he’d like readers to be aware of “the most important health,/ That of the mind.” His advice on drunkenness is particularly resonant in light of recent concerns about increased alcohol consumption in quarantine:

That is, beware the effects of one drink too many. But Armstrong isn’t merely trying to ruin the fun. He makes lots of other suggestions about how to care for one’s emotional health. My favorite one arrives at the very end of the poem, when Armstrong prescribes a healthy dose of music:

Today, medical experts can offer more options for treatment than Armstrong ever could have imagined. But health care workers past and present will likely always have in common the challenge of keeping the public informed, engaged and well.