Business
Cars
COVID-19
Entertainment
Family
Fashion
HomeNewsDo I need a booster shot if I got the Johnson &...
News

Do I need a booster shot if I got the Johnson & Johnson vaccine? A virologist answers 5 questions 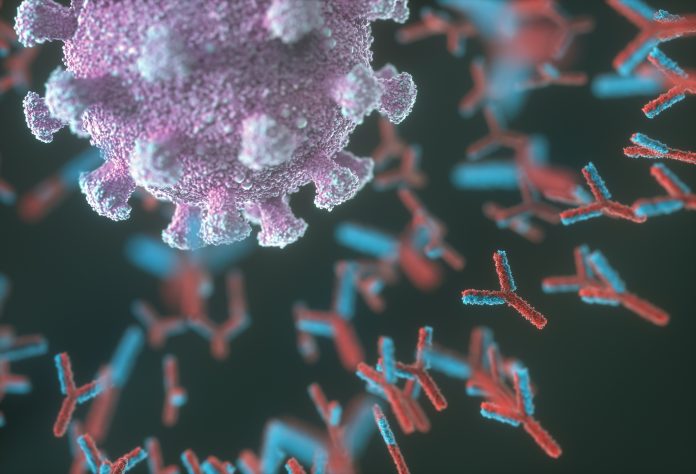 For people who received the Johnson & Johnson COVID-19 vaccine, the past few months have been a bit of a bumpy ride with news of side effects, pauses and restarts and now boosters. Maureen Ferran is a virologist at the Rochester Institute of Technology and has been keeping tabs on the Johnson & Johnson vaccine. Six months after the vaccine first received emergency use authorization, Ferran explains the latest research regarding its effectiveness, boosters and waning immunity against the delta variant.

1. How many people in the U.S. received the Johnson & Johnson vaccine?

As of late August 2021, 14 million Americans have received the Johnson & Johnson COVID-19 vaccine. This accounts for a little over 8% of the 170.8 million Americans who are fully vaccinated, the rest of whom received a Pfizer or Moderna mRNA vaccine.

2. How effective has it proved to be?

Many studies are underway to evaluate how well the various COVID-19 vaccines perform in the real world. Though most have focused on the Pfizer and Moderna vaccines, one study that has yet to be peer–reviewed looked at the Johnson & Johnson vaccine and found it to be 76.7% effective at preventing infection among vaccinated individuals – slightly better than the clinical trials.

But the original clinical trials and most subsequent studies were done before the delta variant became responsible for almost all of the COVID-19 cases in the U.S. Early studies suggest that although COVID-19 vaccines are still effective against this variant, in general their efficacy is lower compared to protection against the original strain. In early August 2021, the South African government released data showing that against the delta variant, the Johnson & Johnson vaccine provides 65% to 66% protection against hospitalization and 91% to 95% protection against death. This lower efficacy against delta means some fully vaccinated individuals will get infected. But of those that do, less than 0.1% face hospitalization or death.

3. How long does protective immunity last?

The amount of “neutralizing antibodies” in a person – antibodies that defend a cell from the coronavirus – is an accurate measure of protection within the first several months after vaccination. Studies show that individuals who received a Johnson & Johnson or an mRNA vaccine continue to produce antibodies for at least six months after vaccination. However, neutralizing antibody levels start to wane over time.

This may sound bad, but it isn’t clear that lower antibody levels correlates with an increased risk of severe infection. Antibody levels normally decline over time. The immune system’s long-term surveillance is done by “memory” immune cells that will prevent or reduce disease severity if a person is exposed to the virus at a later time.

More studies are needed to determine the role of memory cells in protection against the virus, and scientists are collecting real-world data from vaccinated people to determine when they may become vulnerable to infection again.

Many countries, including the U.S., are considering the need for booster shots, but many scientists believe more data is needed before making a decision.

Some worry that giving boosters to people in wealthy nations will waste precious doses that could be given to unvaccinated people in poorer countries. To prevent this, the World Health Organization called for a moratorium on boosters until at least the end of September.

On Aug. 25, 2021, Johnson & Johnson announced that people who initially received a single shot vaccine and then received the same shot as a booster produced a much stronger antibody response than after receiving a single dose. This new study provides data to support a booster for those who received the single-dose Johnson & Johnson vaccine despite the larger controversy and uncertainty.

On Aug. 22, 2021, U.S. Surgeon General Dr. Vivek Murthy said that Johnson & Johnson recipients will “likely need a booster.” The government needs more information before making a recommendation about the need for a booster shot, and since the vaccine was rolled out three months after the mRNA vaccines, key studies are still in progress.

5. What about the side effects?

The vast majority of vaccines – including the Johnson & Johnson and mRNA vaccines – produce common side effects such as pain at the injection site, headache, fatigue, muscle and joint pain, chills and fever.

In early April 2021, the Food and Drug Administration and Centers for Disease Control and Prevention recommended a pause on the Johnson & Johnson vaccine because of reports of rare allergic reactions and increased risk of certain types of rare blood clots, as well as Guillian-Barré Syndrome, a very rare disorder in which an individual’s immune system damages their own nerves.

The agencies lifted the pause on April 23 after a review found that serious side effects are very rare – the blood clots occur at a rate of about seven cases per million doses in women between the ages of 18 and 49, with much lower rates in other people. Overall, the CDC determined that the benefits of these vaccines far outweigh the risks.

Share
Facebook
Twitter
Pinterest
WhatsApp
ReddIt
Previous articleWhat is ISIS-K? Two terrorism experts on the group behind the deadly Kabul airport attack and its rivalry with the Taliban
Next articleVaccines could affect how the coronavirus evolves – but that’s no reason to skip your shot