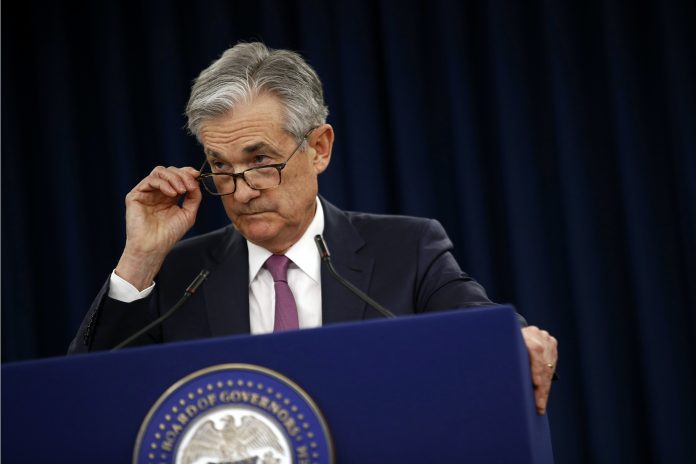 Central bankers and economists from around the world are convening remotely for the annual Jackson Hole symposium on Aug. 27, 2021, to discuss the future of monetary policy.

For the second year in a row, the annual conference will be virtual and the theme – Macroeconomic Policy in an Uneven Economy – seems appropriate given that the road out of the pandemic recession has been bumpy, with Black Americans lagging behind.

Indeed, how central banks should address racial inequities in the distribution of wealth and income is a likely topic for discussion at the virtual retreat and could get a mention in Fed chair Jerome Powell’s highly anticipated speech.

A ‘critical role to play’?

It certainly is an issue that needs attention. Despite the vast changes that have occurred since the onset of the civil rights movement, the gaps between Black and white household income and wealth are as large today as they were in 1950.

In 2019, the median white household had nearly eight times greater wealth than its Black counterpart. And the median Black household earned just 61 cents for every dollar in income seen by a white family.

In a speech in October 2020, Mary Daly, president of the Federal Reserve Bank of San Francisco, asked: “How can we build a society that delivers on the promise of equal opportunity and inclusive success?” Her answer started with “The Fed has a critical role to play.”

As an economist and expert on monetary policy, I think it is reasonable to ask whether the Federal Reserve does, in fact, have a part to play in addressing racial wealth and income gaps. Unfortunately, my research suggests that the tools it has at its disposal are not suited for that purpose.

In a recent research paper with co-authors, I examined how an easier monetary policy – one in which interest rates are lowered to encourage lending and spur economic growth – affects racial gaps in income and wealth. In other words, if the Fed reduces interest rates, will that reduce the economic disparities between Black and white households?

Economists have long known that a policy of low interest rates and credit availability tends to reduce unemployment rates and increase employment and earnings for all groups.

My research found that it also reduces the unemployment rate for Black Americans more than for whites. With better economic conditions workers, particulalry the less skilled, are able to find jobs. As a result, the gap between the earnings of the average Black and white household is reduced somewhat.

As assets go up, so does the racial wealth gap

As such, there would appear to be a case for the Fed to maintain its current easy monetary policies – the target for the key policy rate, the Fed funds rate, has been kept at 0-0.25% since the start of the pandemic lockdown in March 2020.

But the story does not end here. Our research shows that the effect of low interest rates on the earning gap is very small – we estimate that a decline in the policy rate of 1 percentage point reduces the gap between average annual Black and white household incomes by about $100.

Moreover, an easier monetary policy increases the prices of assets, particularly on stocks and houses. This has an impact on the wealth distribution, widening the already large gap between white and Black wealth.

White households gain more than Black households from asset price increases for the simple reason that they are wealthier to begin with. White Americans are much more likely to own homes and stocks, both of which rise in value when policy eases and interest rates go down.

The run-up of the stock market in the past decade – to a large extent driven by monetary policy – benefited relatively few Black households. Only one-third of Black households own any stocks at all, compared with almost two-thirds of white households.

So although an easing of monetary policy reduces the racial earnings gaps slightly, the effect pales in comparison with the capital gains brought about by the same policy. And this actually widens the wealth gap between the average Black and white household.

Looking beyond the Fed

Our research does not bode well for anyone attending the virtual Jackson Hole retreat who would like to see reducing racial inequalities added to the Federal Reserve’s mandate, which currently tasks the central bank with promoting stable prices and maximum employment. Such a mandate, which has been proposed by some Democrats in Congress, might make it impossible for the central bank to raise interest rates when inflation is persistently above the Fed’s 2% target. An increase in interest rates to tame inflation might be resisted if it is seen as counterproductive to the Fed’s efforts to promote income equality.

This does not mean that achieving racial equality should not be a prime objective for policymakers, but only that monetary policy is not well suited to address these important issues. Policymakers need to look beyond the central bank and consider fiscal approaches such as child tax credits, improved educational opportunities and even reparations as a means to address racial gaps.

But with the tools it has available, the central bank is not able to design policies to reduce the racial income gap without also increasing wealth inequality.