Pregnant or worried about infertility? Get vaccinated against COVID-19 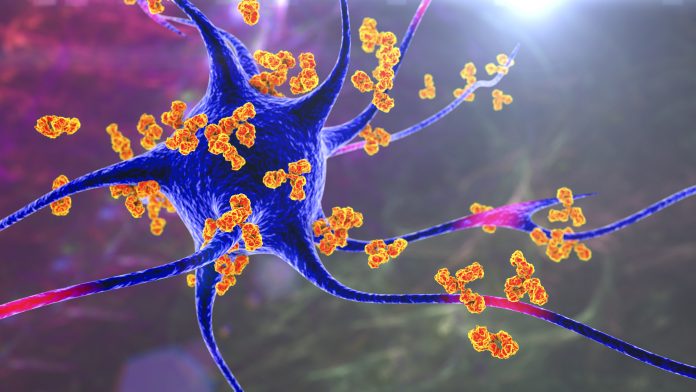 As the delta variant of SARS-CoV-2 surges across the U.S., almost 1 in 5 Americans continue to resist getting shots that are widely available, safe and effective – particularly for preventing the most severe outcomes of the virus.

While people have many different justifications for not getting the shot, one particularly insidious bit of pseudoscience has surfaced. It is routinely invoked in the contentious debate over vaccine policy in the U.S. and continues to stir confusion and skepticism toward vaccines in young women across the globe.

This misinformed argument reasons that the coronavirus vaccines could affect fertility in women by mistakenly triggering the creation of antibodies that react with an important placental protein called syncytin-1. This protein contains minor similarities to the coronavirus spike protein used in all current COVID-19 vaccines. Thus, the false narrative goes, the immune system will not be able to differentiate between the two and will create antibodies that interfere with proper development of the placenta.

This argument lacks understanding of how the immune system does its job.

As an immunologist who studies COVID-19 infection and the ways it can cause the immune system to turn against itself, this misunderstanding comes up frequently in my conversations with friends, family members and even medical workers who are legitimately concerned about their health and their future ability to have children.

It is completely understandable to have questions about how a new vaccine might affect reproductive health. But the science is clear that getting vaccinated does not put women at risk for infertility. It protects women, their unborn children and their families from a serious disease that, ironically, could in fact affect fertility in men.

The immune system is an immensely complicated network of cells, tissues and proteins that interact with one another – and the outside world. It works to maintain a balanced, healthy environment so the rest of the cells in the body can do their jobs. Among other things, the immune system helps direct fetal development, oversees and manages the microbes that aid in digestion and, of course, fights off infection.

One of the immune system’s most critical jobs is to differentiate between the body’s own cells and those of outside invaders to prevent accidental attacks on itself. In immunology, this careful selection of responses is called “immune tolerance.” People whose immune systems fail to maintain this tolerance and instead attack their own cells and tissues are diagnosed with autoimmune disorders. These can range in symptoms and severity depending on the tissue being attacked. An example is rheumatoid arthritis – a misdirected antibody attack on soft tissue in the joints.

The immune system has a series of checks and balances that are intended to prevent such autoimmune attacks. When B-cells – the cells in the immune system that produce antibodies – are first “born,” they carefully screen themselves to make sure that they won’t target the body’s own organs. That self-screening continues as B-cells patrol the body looking for an infection to fight; if they find something potentially threatening, like a vaccine, they engage in a highly orchestrated dance with other immune cells. Through that weeks-long process, only B-cells that produce antibodies against the outside invader survive. B-cells with self-destructive potential are killed.

Importantly, in parts of the body where it is absolutely critical that the immune system not mistakenly turn on its own cells – such as a developing placenta or in the brain – the entire region is immunosuppressive. This means that the threshold for activating the body’s immune response in those areas is set at an even higher bar.

This is not emerging science. These are well-established concepts among immunology experts. and have been for almost a half-century. As a result, it was not particularly noteworthy that a new preliminary study of women with fully developed immune responses against coronavirus showed no activity against the placental protein syncytin-1. Another study unsurprisingly demonstrated that the vaccine does not damage the placenta.

COVID-19 is the real threat to the immune system

It is important to remember that the COVID-19 vaccines authorized – and in the case of Pfizer-BioNTech, fully approved – in the U.S. carry the instructions to make the same spike protein that the virus uses to force its way into cells. Regardless of whether a person is infected with COVID-19 or receives a vaccine that emulates part of the virus, the immune system will respond aggressively to the spike protein that the body sees as foreign. Study after study confirm that in people who contract the virus, the majority of the immune response is directed at the spike protein.

However, there is one critical difference between vaccination and infection.

This is important because we now know that under the severe stress of fighting COVID-19, the immune system fires up an emergency response pathway and begins producing antibodies that are not well selected. Many of these antibodies will target the virus, but our work now under review and others’ published findings confirm that in more than half of severe patients, a large number of antibodies also target their own cells.

Simply put: The danger of this kind of “auto-reactivity” in COVID-19 doesn’t come from responding against the spike protein in a vaccine – it occurs when the body has to fight a real COVID-19 infection.

Getting vaccinated costs people a couple of days of not feeling 100%. In return, it provides protection from contracting a serious disease with the potential to cause serious illness or death. Being vaccinated also gives crossover protection to an unborn child.

COVID-19 infection, on the other hand, puts pregnant women at risk of severe disease, pregnancy complications and death. It may also affect a couple’s ability to have children by decreasing a man’s sperm counts and causing erectile dysfunction.

The science is clear, but for me this is also deeply personal. My wife was vaccinated in March, and we are expecting a baby in December. We are both deeply grateful for a vaccine that has given us the confidence to support a healthy pregnancy in the midst of a pandemic.