Can student loans be cleared through bankruptcy? 4 questions answered 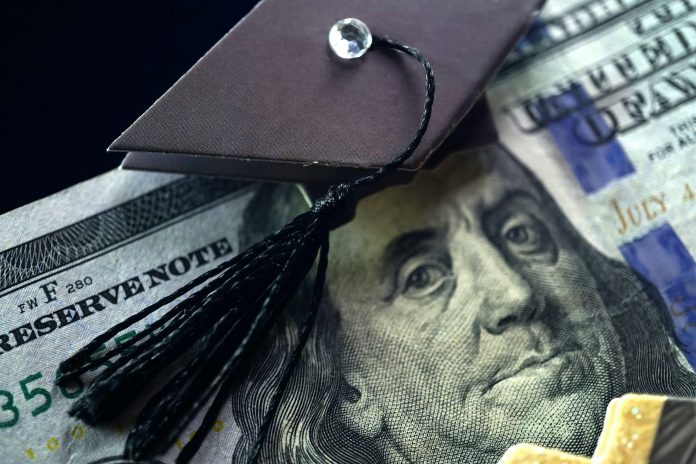 For decades, student loans have mostly been prohibited from being discharged through bankruptcy proceedings. That could change under the FRESH START through Bankruptcy Act. Here, public policy scholars Brent Evans and Matthew Patrick Shaw, both of Vanderbilt University, explain why student loan debt cannot usually be cleared through bankruptcy and how that might change if the proposed bill becomes law.

Why can’t people get rid of student loans through bankruptcy now?

In an extension of the Higher Education Act of 1965, Congress passed the 1976 law, which made borrowers wait five years after the first student loan payment was due before they could have the loan discharged through bankruptcy. Congress created an exception that allowed for discharge within that five-year period if the loan caused “undue hardship.”

Haven’t there been cases where people still got rid of their students loans through bankruptcy?

Section 523 of the Bankruptcy Code does not set out a specific test to determine what qualifies as undue hardship. The federal courts are split on what the appropriate standard should be for discharging student loan debt. The Second Circuit case, Brunner v. New York State Higher Education Services Corporation, established three requirements that determine whether undue hardship applies.

First, the borrower must demonstrate that if forced to repay the student loans, they will be unable to meet a minimal standard of living based on income and bills.

Second, the borrower must be unable to repay for a “significant portion of the repayment period.”

Third, they must have made good-faith efforts to repay the student loan.

If a bankruptcy court agrees that a borrower meets these three requirements, the court can discharge the student loan debt.

But bankruptcy courts in the Eighth Circuit (in the Upper Midwest) — and occasionally courts in the First Circuit (in Puerto Rico and parts of New England) — reject Brunner and examine the “totality of the circumstances” instead.

For example, the 2003 case In re Long states that a borrower can meet the undue hardship requirement in a different way from Brunner. The borrower must establish that they cannot meet a minimum standard of living given financial resources, necessary living expenses and other circumstances.

This test is considered less difficult to meet than Brunner because it does not require a borrower to establish “certainty of hopelessness” or “total incapacitation.”

Explain the proposed law to allow bankruptcy for student loans

If enacted, the bipartisan FRESH START through Bankruptcy Act would change the current law to remove the lifetime ban on student loan discharge in bankruptcy and replace it with a 10-year ban.

Under the proposed law, if borrowers can show that paying their student loans caused undue hardship during the first 10 years, then they can get it discharged after that 10-year period is over without having to prove that it would be an undue hardship from that point forward.

To help shoulder some of the financial cost to the federal government of this proposed change, the bill also includes an accountability measure for colleges and universities. The schools would have to reimburse the government for a portion (either 50%, 30% or 20%) of the discharged student loan amount depending on the cohort default rate and repayment rate of the institution at the time the first loan payment comes due.

Would bankruptcy become an attractive way to get rid of student loans?

Declaring bankruptcy is not an ideal option to deal with student loans because it comes with substantial immediate and long-term consequences. The immediate consequence is that bankruptcy can result in the sale of property to pay off debts. The longer-term consequence is that, depending on the type, Chapter 7 or 13, bankruptcy stays on credit reports for seven to 10 years. The substantial negative mark on credit reports means it will be more difficult to obtain a credit card, auto loan and mortgage. When any form of credit is obtained, the interest rates are likely to be much higher with a bankruptcy on record.

Another solution to a large student loan debt is to enroll in an income-driven repayment plan, such as Revised Pay As You Earn. These plans limit the amount of the monthly payment on federal student loans to a percentage of your discretionary income, which is the difference between your income and 150% of the state poverty guideline, adjusted for family size.

After 20 years of repayment for undergraduate loans (only 10 years if the borrower is in a public service job), the remaining balance is forgiven. If the new bill becomes law, borrowers in income-driven repayment plans will have a choice. They can either pursue bankruptcy after 10 years and suffer the consequences, or continue paying through loan forgiveness.