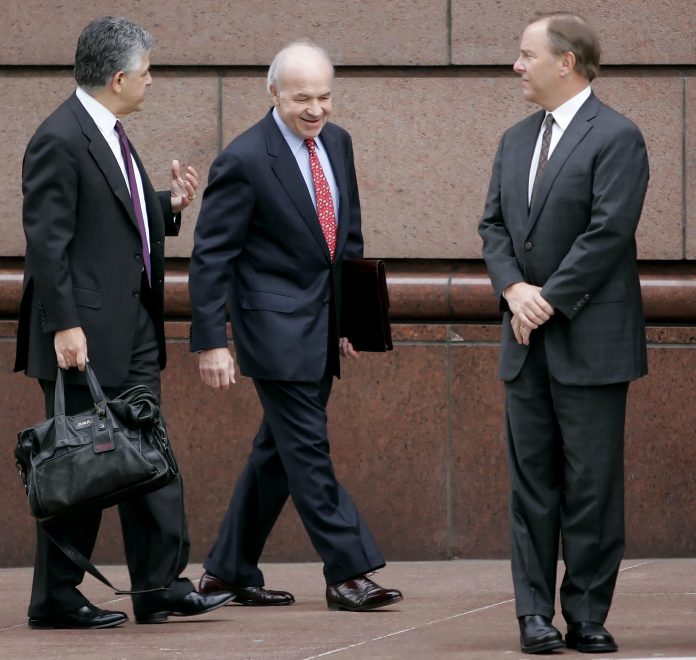 In December 2001, Enron Corp. collapsed into bankruptcy – at the time the biggest U.S. publicly traded company to ever do so – following years of fraudulent accounting. Two decades later, Theranos CEO Elizabeth Holmes faces criminal charges that she defrauded investors as she built her blood-testing startup.

In both cases, the companies’ respective boards of directors have been blamed for allowing misdeeds to happen – or not doing more to prevent them.

That’s because boards are broadly seen by regulators, governance experts, lawmakers, newspaper reporters and the public as the main body meant to hold senior executives accountable. Legally, their role as overseers is baked into the Sarbanes-Oxley Act, which is the most recent major legislation targeted at boards, and written into the guidelines of major stock markets like the New York Stock Exchange.

It may come as a surprise, then, that board members view their role very differently.

I have been studying executives and corporate governance for nearly 20 years. I have always been fascinated by boards of directors and wanted to better understand what they actually do, as well as whether they approach their jobs the same way external observers believe they should.

But most research on boards has relied on assumptions about what directors believe. And those assumptions have been shaped by agency theory.

Agency theory stresses that there is always a risk of managers being self-interested and using a company’s resources to enrich themselves. Because of this risk, scholars have long assumed that directors need to exercise careful oversight and control over their decisions.

The problem is, scholars weren’t asking directors what they actually believe their role is.

In a new study with fellow management professors Mike Withers, Scott Graffin and Kevin Corley, I conducted extensive interviews with 48 corporate directors – some of whom were also executives at other companies. For the study, we also interviewed two executives who have never served as directors.

The directors we interviewed sit on the boards of more than 140 different companies – both large and small – in pretty much every industry. Some of them were veterans with nearly 30 years of corporate director experience behind them, while others were relative newbies serving on their very first board.

The interviews resulted in more than 1,000 transcribed pages, which we coded and analyzed, in the most extensive data collection effort involving corporate boards in over 30 years.

Our overarching finding was that directors generally said they viewed their jobs as primarily supporting managers, not monitoring them. In fact, we were surprised by just how uniform this sentiment was among directors, regardless of demographics like gender or time spent on a board.

In practice, this means they rarely seek to vote down management decisions. Rather, directors seek to become partners with executives and provide input and improve decision-making. Many directors said that the best way to protect shareholder value or help their company thrive was by collaborating with the chief executive officer.

“To be a board of directors, in my mind, you’ve (got) to understand where management is coming from,” one of our interviewees said. “But your job is to ask a lot of questions and focus what they are telling you and not to step into the role of management.”

When we asked about monitoring the work of CEOs and other executives, most of the directors said it wasn’t possible to do this effectively – even if they wanted to. Our interviewees said this is because of the simple fact that CEOs know a lot more about their company than the directors do.

When we pushed directors on this point, they confessed that they do not even want to monitor the CEO. We interpreted their view as basically: Either trust the chief executive officer and give him or her your total support, or fire the CEO and hire someone you can trust.

Our other main finding was that directors tend to see their jobs as a form of service, even though they get paid as well. That is, they said they feel like they are giving back by serving on corporate boards.

“It’s a way to engage and serve, and learn about different industries and businesses,” one director said. “It’s rewarding to be able to take things that you’ve learned over many years and apply them.”

Our interviews suggest that this feeling of service makes them unwilling to tolerate conflict or tension in the boardroom.

When a company runs aground or faces scandal, investors, workers, local politicians and others with a stake in its operation often look for someone to blame. That someone is usually the company’s board of directors.

But our study shows investors and regulators need to reconcile their expectations of directors with the realities of the boardroom. A board’s ability to monitor for fraud, corruption or other problems is limited at best, especially given the information gap between managers and boards. And since directors say they see their role as helping CEOs increase profits, it seems unlikely to expect them to clash with executives over how they go about it.

If investors or others believe companies need oversight, they’ll probably need to do it themselves.

Share
Facebook
Twitter
Pinterest
WhatsApp
ReddIt
Previous articleIn ‘Rumors,’ Lizzo and Cardi B pull from the ancient Greeks, putting a new twist on an old tradition
Next articleIndia and Pakistan fought 3 wars over Kashmir – here’s why international law and US help can’t solve this territorial dispute