ANZUS at 70: Together for decades, US, Australia, New Zealand now face different challenges from China 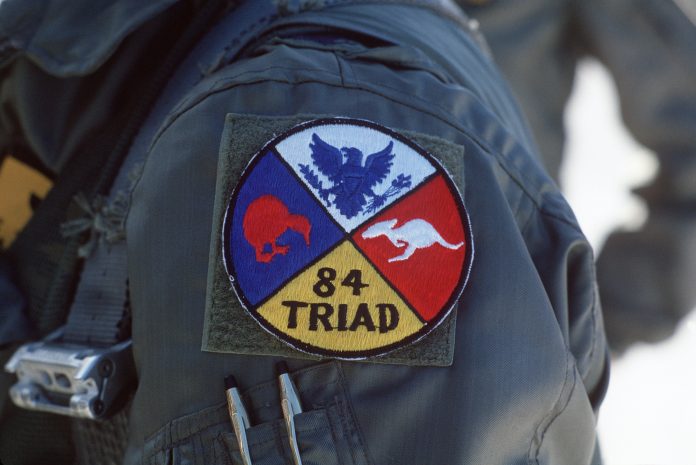 Seventy years after the U.S., Australia and New Zealand signed a treaty committing them to defend one another and work together to ensure a peaceful Pacific, the alliance has assumed new and crucial relevance as all three countries face economic, political and diplomatic challenges from China.

The ANZUS Treaty, named with the initials of the three countries, emerged in 1951 from the nations’ shared history and became an important element of post-World War II international relations. Now, as the Pacific region is ominously poised on the brink of war, the alliance is again a key part of international relations and power struggles.

Beyond the ancient connections between Indigenous Hawaiians and New Zealand’s Māori people, the three nations’ stories have been intertwined for centuries.

Britain began colonizing Australia in 1788 because of the loss of the American colonies. Some advocates wanted to relocate American loyalists, as well as indentured servants once destined for North America, to the South Pacific instead. Exiled British loyalists scattered around the empire, with only some reaching the South Pacific. But for 160,000 convicts, Australia’s colonies became their place of banishment over the next 80 years.

At the end of the 18th century, New England whalers and sealers began arriving in New Zealand and Australia. Complex ongoing connections spanned the Pacific over the subsequent years from trade, idea flows and movements of people, fueled especially by Pacific gold rushes. All three societies developed similiar nation-founding myths out of their parallel experiences of conquering Indigenous peoples to form their respective “white nations.”

Complex interconnections reached new heights during World War II. In 1940, spurred by impending war, the U.S. recognized Australia as an independent nation, distinct from the United Kingdom. Two years later, the U.S. did the same for New Zealand, while the three nations’ military forces were joined in fighting a war against imperial Japan.

The Cold War birth of ANZUS

All three nations played critical roles in bringing about Japan’s 1945 surrender, and all were transformed by that experience. More than a million U.S. troops were stationed in Australia and New Zealand to defend those countries against feared Japanese invasions. The sheer numbers of them, among the countries’ combined 8.6 million residents, reshaped the provincial societies, Americanizing their music and romantic rituals. Australia and New Zealand were also transformed by 17,000 women leaving their homelands to become American wives and mothers.

Then from 1949, when Communists took over China, the Pacific region was plunged into the Cold War. The outbreak of the Korean War in 1950 further escalated anxieties about communism’s spread. Yet Australia and New Zealand still felt threatened by a rearmed, “aggressive” Japan.

Read more: The dangerous new cold war brewing with China will test New Zealand even more than the old one

There was a complication, though: The U.S. wanted to rapidly rebuild Japan to help defend democracy and peace in the North Pacific. This objective was to be enshrined in a proposed mutual security alliance with the former bitter enemy.

That compromise was a trilateral agreement, the ANZUS Treaty. It guaranteed each nation’s security and set up ongoing regional cooperation to protect peace in the Pacific. The ANZUS Treaty was signed in San Francisco on Sept. 1, 1951, seven days before the signing of the Japan-U.S. treaty.

In the U.S., ANZUS is little known. But in Australia and New Zealand, the treaty has been a defining part of national security for 70 years. Its popularity has shifted based on public opinion about the U.S. president at the time, or his wars.

In the 1980s, stark differences over nuclear power led the pro-nuclear U.S. to suspend its alliance commitment to the anti-nuclear New Zealand. Tensions eased during the wars in Iraq and Afghanistan, and the alliance was formally reestablished in 2010, becoming fully operational again by 2012.

In more recent years, emphasis has shifted to the many unifying facets of the nations rather than points of difference. In 2021, as when ANZUS was born in 1951, the activities of China are reshaping the alliance. This has been evident in a renewed stress on long-standing friendships, cultural common ground and regional partnerships on defense matters.

Both Australia and New Zealand had been economic beneficiaries of the rise of China, both nations’ largest trading partner, while pragmatically maintaining close ties with the U.S. as well.

The balance shifted in 2020, when Australia led calls for investigations into Chinese accountability for the COVID-19 pandemic. China’s response was quick: It suspended economic dialogues, targeted trade reprisals on some Australian exports and, most alarming, threatened missile strikes.

Amid these escalating tensions, Australian Prime Minister Scott Morrison made an ominous speech evoking a region “eerily haunted by similar times many years ago in the 1930s” that led to the Pacific war.

Even so, the value of Australia’s exports to China actually increased 33% over the past year, in part thanks to rising prices of Australian iron ore.

Though Australia is again closely aligned with the U.S., there is one major caveat. Australia’s ongoing fossil-fuel-friendly policies differ from the Biden’s administration’s sweeping climate agenda. Biden has pledged not to “pull any punches,” even with Australia, to solve a global problem.

New Zealand is still trying to balance Chinese and U.S. interests. Rapidly rising regional tensions over Taiwan, the South China Sea and China’s hand in eroding human rights and democracy, not to mention its treatment of Australia, are testing the nation’s leaders.

Shifting focus to the Pacific region

Because of China, the U.S. is increasing its attention to the Pacific at levels not seen since World War II. Two recent bipartisan congressional bills address Chinese influence in multiple arenas, including scientific research security and China’s economic, political and military efforts.

In related efforts, the U.S. military has announced plans to build new bases in three strategically located Pacific island countries. The countries – the Federated States of Micronesia, the Republic of the Marshall Islands and the Republic of Palau – were U.N. trusts administered by the U.S. but are now independent nations freely associated with the U.S.

ANZUS is fundamental in this U.S. strategy. Both Australia and New Zealand are substantially increasing defense spending in ways that further bind the three nations’ militaries together. Also key is the intelligence-sharing agreement dating back to World War II, “Five Eyes,” which also includes Canada and the U.K.

In addition, the U.S. and Australia are part of “The Quad,” a four-nation group, with Japan and India, building on Cold War security agreements to meet China’s rise in the Indo-Pacific region.

While military tensions in the mid-2021 Pacific are high around Taiwan, Hong Kong and the South China Sea, the U.S. has just concluded Operation Pacific Iron in Guam and the Northern Marianas, a huge demonstration of air, land and sea power. Also, biennial joint exercises called Talisman Sabre recently concluded in Australia, involving include 17,000 troops from U.S. and allied nations. These exercises were also aimed at demonstrating power and battle readiness. China watched these activities closely.

As ANZUS turns 70, the deep, entwined pasts of New Zealand, Australia and the U.S. will continue to fundamentally shape the Pacific’s uncertain future.