Business
Cars
COVID-19
Entertainment
Family
Fashion
HomeNewsWhat the 'Lyme wars' can teach us about COVID-19 and how to...
News 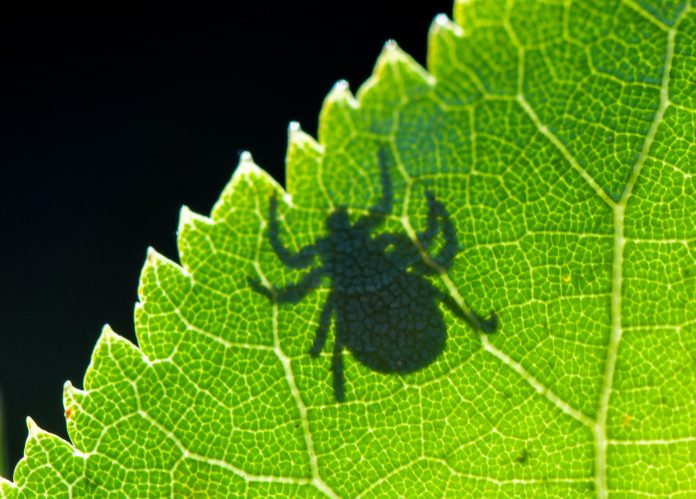 I’ve spent the past 11 years researching and writing about the controversy over how to diagnose and treat Lyme disease, one of the most contentious medical issues in the United States. Lyme is a tick-borne bacterial infection, and disagreement about it hinges on whether it can persist beyond standard antibiotic treatment in the form of chronic Lyme disease.

Since Lyme’s discovery in Lyme, Connecticut, in 1982, the physicians who treat it have fallen into opposing camps: the “mainstream” and the self-described “Lyme-literate.” The mainstream camp argues that, in most cases, Lyme disease is easily diagnosed and treated and that chronic Lyme disease is a “medically unexplained illness.” The Lyme-literate camp argues that diagnostic testing is unreliable and that chronic Lyme disease should be treated with extended antibiotics.

Few scientific issues are as polarizing, which is why the current debate over how to reopen schools during the COVID-19 pandemic reminds me of the “Lyme wars.” The school reopening debate has often been framed as one between “disgruntled” parents and “obstinate” teachers’ unions and school administrators. But it has also divided scientists and pitted Democrats against Republicans.

As schools reopen, concerns over a delta-driven surge in cases, vaccine ineligibility for children younger than 12 and varying opinions about mask use in school settings loom large. I believe that the Lyme controversy offers four lessons on how parents, school districts, elected officials and scientists can find common ground – and a path forward – in the 2021-2022 school year.

After nearly 40 years of controversy over how to diagnose and treat Lyme disease, the U.S. Department of Health and Human Services established the Tick-Borne Diseases Working Group in 2016. It brought together physicians from Lyme’s opposing camps, as well as patient advocates, scientists and governmental officials, for in-person and online public meetings. Until 2022, when its congressional authorization ends, the group’s task is to develop reports across “diverse views” to guide federal decision-making on “tick-borne prevention, treatment and research.”

For school reopening, I believe that the formation of working groups at the district, city, county or state level would create space for real-time dialogue and constructive collaboration among divided stakeholders.

Within controversial terrain, whether it’s Lyme or COVID-19, some issues are less volatile than others. Unlike Lyme diagnosis and treatment, for example, Lyme prevention is remarkably uncontroversial. For this reason, prevention is one area where individuals across Lyme’s divide have been willing to collaborate.

For school reopening, a focus on less controversial aspects, such as decreasing community transmission, framing mitigation measures as tools that “keep schools open” and ensuring that schools are “the last to close and first to reopen” could help foster collaboration.

3. Seek out experts across disciplines

Multidimensional problems like Lyme disease and school reopening during COVID-19 require multidisciplinary solutions. As a tick-borne disease that affects many parts of the human body, Lyme disease requires expertise from a range of medical specialties – such as infectious disease, cardiology and neurology – in addition to expertise from entomologists and ecologists.

Over the past year and a half, disagreement about school reopening has led to accusations of “epistemic trespassing” – or stepping outside of one’s area of expertise – and calls to “stay in your lane.” But widening the lane to include multiple perspectives and building coalitions across lanes could lead to a more complete understanding of school reopening.

4. Keep an eye on how evidence is used

For Lyme patients, physicians and scientists in the U.S., hopes of the controversy’s resolution were pinned on the outcome of four randomized controlled trials that studied whether Lyme patients benefit from longer courses of antibiotics. In the end, however, both sides used evidence from the trials to reinforce their original stance and make opposing claims to scientific truth.

Something similar has been at play in the school reopening debate. Like Lyme, both sides, leading with phrases such as “The evidence is clear” or the “The science says,” have drawn on a range of scientific and medical evidence to make different “evidence-based” claims about school reopening. As sociologist Steven Epstein in his work on AIDS activism observes, “Uncertainty is often not just the cause of scientific controversy but its consequence.”

In our intensely divided times, middle-ground solutions require too much compromise. But I believe that learning from Lyme disease and finding common ground through our differences will help communities get to the other side of another pandemic school year.

Share
Facebook
Twitter
Pinterest
WhatsApp
ReddIt
Previous articleWho has the power to say kids do or don’t have to wear masks in school – the governor or the school district? It’s not clear
Next articleBat pups babble and bat moms use baby talk, hinting at the evolution of human language