Why did a military superpower fail in Afghanistan? 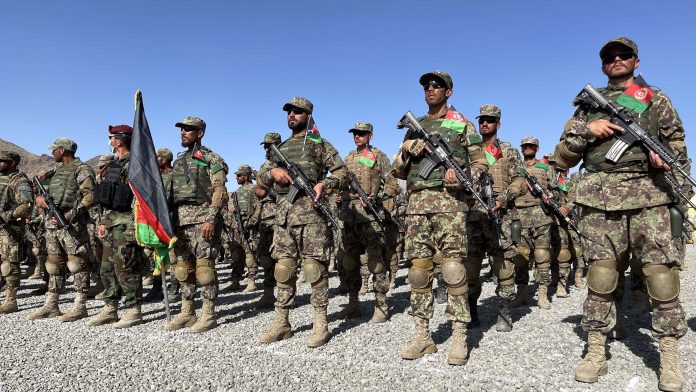 The speed and efficiency with which Taliban forces were able to complete the occupation of most of Afghanistan, as well as the quick collapse of the Afghan government, has led to criticism of President Joe Biden’s decision to end U.S. military presence in Afghanistan and of the withdrawal’s logistics.

But the criticisms, while valid, may be beside the point. I have studied conflicts like those in Afghanistan for more than 20 years. My experience has taught me that there are more fundamental problems with the United States’ strategy in the 20-year war, of which the current chaos is only the latest manifestation. They stem from an approach in which military seizures of territory are intended to fight international extremist movements and ideologies, in Afghanistan and elsewhere.

Nation-building is not a military strategy

U.S. military intervention in Afghanistan, and in Iraq, was initially justified by a need to dismantle immediate and serious national security threats: al-Qaida and fears of weapons of mass destruction.

However, those short-term goals were quickly replaced by a longer-term goal of preventing future threats from those countries, such as new extremist groups. That led the U.S., with other nations, to occupy both nations and attempt to provide stability and security so that the people of those countries could set up their own governments.

It may be attractive to think that promoting democracy in occupied foreign countries is a morally justified and effective path for restoring security and stability. But political reform is more successful when it originates from the local societies and political cultures. In Tunisia, for example, local political movements were able to transform their government, a success due in part to a lack of foreign involvement.

In Afghanistan, international groups like the U.N., alongside nonprofits and independent aid agencies, spent millions of dollars and untold hours of work trying to build democracy, write a constitution, create a bill of rights and otherwise create a new political society.

But this external approach, based on military occupation, was “doomed to fail,” according to official assessments published in 2009 by the Center for Complex Operations at the U.S. military’s National Defense University. That assessment said “nation-building in Iraq and Afghanistan has been a debacle” and recommended the military resume its historic focus on preparing for war.

Military organizations are not equipped or trained to engage effectively in civilian-centered missions such as fostering national identity, forming political institutions or instilling democratic practices of accountability. Promoting stability is different from promoting democracy, and stability can in fact be present even under very undemocratic governments.

The history of military interventions in places such as the West Bank and Gaza, Lebanon, Somalia and Iraq shows that when local leaders are dependent on foreign military forces to maintain power, it’s hard to build popular legitimacy, govern effectively and build a shared national identity.

The misuse of military power in counterterrorism

Boots-on-the-ground military forces aren’t good at nation-building or democracy-fostering. Nor are they good at information warfare – fighting effectively in the battlefield of ideas.

Terrorism, at its essence, is a form of symbolic but deadly violence used to communicate a political message. The conflict is not just over who controls which pieces of land, but rather whose narrative is most influential.

In Afghanistan, decades of Western military superiority failed to uproot the Taliban’s ideological narrative regarding the corrupted nature of Afghan leaders and their allies and their betrayal of Islamic traditions and practices. Nor could that superiority strengthen a unified national identity that might at least partially erode tribal attachments, which were exploited so successfully by the Taliban.

And even when their forces were driven off targeted territory, both the Islamic State group and al-Qaida developed new bases and strongholds far from the fighting. They did this not exclusively by military force, but also through the power of their ideas and by providing an alluring alternative ideological narrative.

The correct conclusions from Afghanistan

After 20 years, the U.S. presence in Afghanistan has failed to establish any coherent and sustainable political structure with popular legitimacy. Based on that experience, and the experiences in other countries in other circumstances, there is no reason to think that a continued troop presence would change that.

Locally based political movements that seek democracy and civil liberties – in Afghanistan or elsewhere – can benefit from U.S. support, but not from military force. Forcing societies to embrace democratic practices can lead to political instability, conflict and a decline in citizens’ safety.

In my view, the clear conclusion from all the evidence is that military intervention should be focused on military objectives, and should not diverge into political or social engineering.