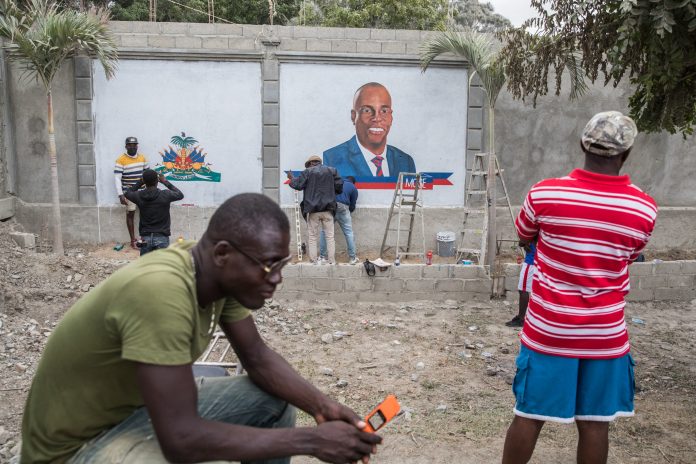 Parts of Haiti were reduced to rubble by a powerful earthquake that hit the impoverished nation on Aug. 14, 2021, resulting in a death toll that has climbed rapidly to nearly 1,500 with many more bodies expected to be recovered in the days to come.

The devastating temblor came just weeks after the assassination of former President Jovenel Moïse – an event that underlined the precarious political and security environment in modern-day Haiti.

Louise Comfort, an expert in crisis response at the University of Pittsburgh, has firsthand experience helping Haiti recover from tragedy, having worked to build a stronger program of community resilience in the country following the 2010 earthquake. She answered The Conversation U.S.‘s questions on how the Caribbean nation will respond to the latest natural disaster.

1. How do the recent crises in stability of the Haitian government affect the nation’s ability to respond to this earthquake?

The assassination of President Moïse on July 7, 2021, marked the culmination of a series of challenges to his authority as president and the capacity of his administration to lead the country. His death surfaced a power struggle between political rivals, Claude Joseph and Ariel Henry, both of whom claimed the office of prime minister. This dispute was resolved on July 19 when Joseph resigned and Henry was confirmed as prime minister. But the crisis of responding to a major earthquake poses a major test to Henry’s leadership, coming just a few weeks after he stepped into the role.

The demands on the government for strong, decisive action in response to the earthquake are immediate. The damaged cities in southwestern Haiti have limited capacity for medical services, search and rescue efforts and infrastructure repair following years of underfunding and neglect. Aid and assistance will need to come from outside the small cities hit hardest by the quake – either from the capital of Port-au-Prince, from other nations in the Caribbean region or the larger international community.

Henry will need to manage the delivery of search and rescue teams, medical staff and supplies, transportation and clean water from sources within Haiti as well as internationally. It is a big challenge as he seeks to secure the confidence of the damaged nation after only weeks in office.

2. What lessons can be learned from the 2010 earthquake in Haiti that killed an estimated 220,000 people?

As the principal investigator for a research team on crisis decision making in Haiti following the 2010 earthquake, I believe two lessons are key.

First, it is crucial to involve Haitians in designing and managing the delivery of assistance and relief supplies in their own country. Regrettably, this was largely not the case in 2010, when international non-governmental organizations met with good intentions, but made decisions for local Haitian leaders to implement in practice.

While Haiti needs outside help from the international community to respond to the disaster, only Haitians understand the needs of their own communities and the local social networks that can best deliver aid. In Haiti, one of the strongest social networks is the Catholic Church, with its network of volunteers and service organizations that know the neighborhoods and are trusted by residents. If engaged at the outset, this network can provide humanitarian services to local neighborhoods more effectively and efficiently than international agencies working separately.

The second vital lesson is to support the work of local and international scientists in assessing the physical and meteorological risks that Haiti confronts going forward.

Understanding the science that underlies these hazards will enable Haitian scientists and governmental agencies to develop viable plans to rebuild damaged cities and infrastructure in sustainable, resilient ways.

3. Can you explain the idea of cascading crises and how it has played a role in Haiti over much of the nation’s history?

The concept of cascading crises is like dominoes falling – if one tips, the others, closely aligned, fall in sequence. In a country where the basic physical, political, economic and social infrastructures are weak, but all rely in some way on each other, damage to one area from an earthquake – say, physical infrastructure of roads and bridges – damages other parts, such as transportation to bring commercial goods to market. This in turn holds back the economy, reducing employment and harming social cohesion.

The difficulty for those planning for stability in Haiti is that while the physical infrastructure is the most visible when it is damaged, and may be seen as most in need of attention, it is the political, economic and social infrastructure that is most essential in making sure that roads and buildings are constructed to a standard that can withstand natural hazards in the first place. In other words, a stable government in Haiti is a crucial part of making the nation’s homes, hospitals and schools more resilient to events like earthquakes.

4. What can other Caribbean nations, the U.S. and the wider international community do to help the long-term stabilization of Haiti?

A key component in Haiti’s instability has been the violent drug-trafficking gangs that have scarred life for many in the nation for decades, contributing to the country’s economic and political woes. And it is here that regional governments in the Caribbean, as well as the U.S. and other nations, can play a crucial role.

Countering the cartels who use Haiti as an easy passage through which to smuggle drugs to Europe and North America will require a concerted international effort. Collaborative international policies on customs regulations, updating and maintaining access to international databases by border patrol units, and advanced use of technologies to identify and intercept drug trafficking are steps toward reducing this major hazard. This is an international problem that Haiti cannot manage alone, and curbing it would benefit all nations.