America’s moral responsibility for the tragedy unfolding in Afghanistan 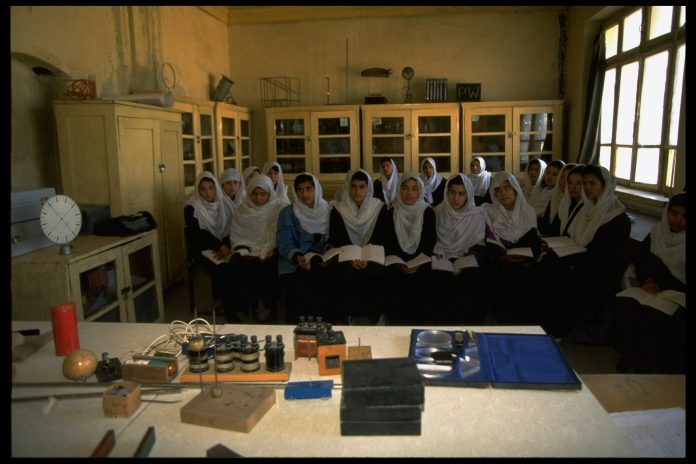 Chaotic scenes in Kabul accompanied the return to power of the Taliban in Afghanistan. The fundamentalist Islamic group was able to retake power after President Joe Biden’s decision to withdraw the remaining U.S. troops from the country.

The withdrawal brings to a close nearly 20 years of American military presence in Afghanistan.

Without the ongoing prospect of U.S. military support, the Washington-backed Afghan government quickly fell – and on Aug. 15, 2021, the Taliban declared the creation of a new political order, the Islamic Emirate of Afghanistan.

The withdrawal was widely popular in the United States, when first announced by Biden on April 14 – the majority of Americans, regardless of political affiliation, favored an end to the military presence in Afghanistan.

The withdrawal, however, has brought significant costs for the people of Afghanistan. The Taliban has proved itself willing to engage in widespread violation of basic human rights – in particular, the human rights of women. The decision to withdraw is likely to lead to enormous suffering in the years to come. A hypothetical decision to remain in Afghanistan, however, would also have led to significant moral costs – that decision would continue to put American soldiers in harm’s way. As a political philosopher whose work focuses on international affairs, I have tried to understand how ethical reasoning might be applied to such cases.

The first, and most important, ethical question might be: Was the United States justified in withdrawing its troops?

A second question might involve asking about how the moral wrongs that are now emerging in Afghanistan should weigh upon the American conscience. Should American political leaders regard these wrongs as, in some fashion, their responsibility?

More broadly, is it sometimes possible that, in doing the best available thing, we are nonetheless guilty of doing something morally wrong?

Many philosophers have disliked the idea that someone might make the best choice available and nonetheless be thought to have committed a moral wrong. Immanuel Kant, for one, thought this vision was fundamentally in conflict with the purposes of morality – which is to tell people what it is they ought to do.

If a moral theory told us that sometimes there is no option open to us that does not involve doing wrong, then that theory would sometimes imply that even a perfect moral agent might end up having to become a wrongdoer.

That sort of theory would mean that there might be situations in which we could not escape from doing wrong. If we were unlucky enough to end up in those situations, we would become liable for wrongdoing because of this bad luck. Kant thought this sort of “moral luck” was simply implausible. For Kant, if we do what is best, we can regard ourselves as having avoided doing wrong.

Other philosophers, however, have been more willing to entertain the possibility of moral tragedy, which is understood as a state of affairs in which all options open to us involve serious moral wrongdoing.

Michael Walzer, a philosopher at the Institute for Advanced Study in Princeton, New Jersey, argues that those who exercise power over others may frequently find themselves unable to do good for some without doing serious wrong to others. Instead of thinking that the good they do outweighs the wrong, Walzer argues, individuals ought to accept that the wrong continues to be a genuine wrong.

For example, the politician who must make a deal with a corrupt colleague in order to help protect vulnerable children does wrong in the name of a greater good. This individual does their best but nonetheless stains their soul in the doing.

On this view, politicians who do wrong while trying to do what is right may do the best thing, but they should also be understood as having done wrong, and having stained their consciences in the doing. For Walzer, it is difficult for a person to be both good at politics and a genuinely good person.

If Walzer is right about politicians, his analysis might also help in understanding the morality of international relations – and the morality of the American decision to withdraw from Afghanistan.

Taken in this context, the benefits of withdrawal may have been sufficient to make it the right act. However, the human rights violations that are now very likely to follow in the aftermath of this withdrawal are genuinely wrong, and they are rightly attributed to the United States.

The women and girls of Afghanistan are likely to face abuses, and the inhabitants of Afghanistan will likely face significant violence as the Taliban seek to reassert their vision of religious law. This ought to trouble the politicians who defended the withdrawal, and those voters who gave power to those politicians.

This vision of international politics is echoed in former Secretary of State Colin Powell’s advice to then-President George W. Bush about the invasion of Iraq – codified as the “Pottery Barn rule” after the perceived store policy: If “you break it, you bought it.” That is: If you make yourself the ruler over others, you are responsible for them, and what happens to them should be on your conscience.

There are at least two things that might follow this moral vision. The first is that, even if the withdrawal entails taking ownership of some moral wrongs, the United States has an obligation to ensure that such wrong is minimized.

It might therefore be obligated to provide refuge to those people who have borne particular risks in the name of the United States, such as the translators who worked on the military bases within Afghan territory and have been targeted by the Taliban for their work.

The second is, more broadly, that the U.S. tries to avoid entering into such morally tragic situations in the future. If Walzer’s analysis is correct, it might be impossible to avoid situations in which the United States is responsible for serious moral wrongs. Having power over others always involves the risk of moral bad luck, and the U.S. has exceptional power in the global community.

But it might at least be expected that the United States, in future conflicts, take account of what philosopher Brian Orend calls justice after war and enters into such conflicts only with some clarity about how and when to end them well.