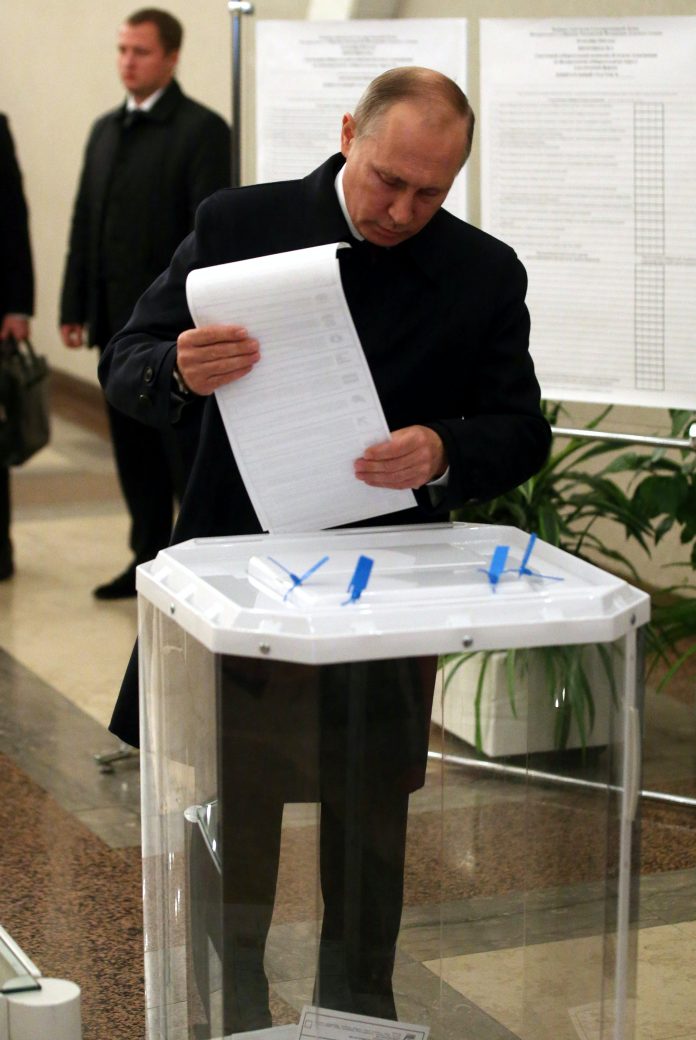 Public support for Putin’s United Russia party – which currently holds almost 75% of seats in the Duma, Russia’s parliament – has dropped to 27% nationally. A leaked internal poll showed that 55% of people in Moscow say they would support opposition candidates.

Economic stagnation, high household inflation, the ongoing coronavirus crisis and environmental disasters have undermined support for the party that many Russians call “the Party of Crooks and Thieves.”

The Kremlin has reason to worry that legislative races will reveal this deep voter dissatisfaction. My decades of research on Russian elections shows how Putin’s party plans to win in September anyway.

A decade ago, United Russia’s 27% approval rating would have been dire news for the Kremlin.

But in 2012, Putin ordered a new election law that would elect half the parliament in U.S.-style congressional districts. This change gave the Presidential Administration, which manages Russian elections from the Kremlin, a new toolkit to determine electoral outcomes.

A repeat performance by United Russia in September would maintain Putin’s parliamentary bloc – made up of seats won in district races plus seats won in national party-based contests – at 66%. That’s enough votes to enact constitutional change.

In addition to the 2016 election reform that has helped United Russia stay in power, Putin has other ways to boost his party’s results in September.

New rules allowing Russians in parts of eastern Ukraine – an area held by Russian-backed separatists – to participate in the election will add an additional percent to United Russia’s national vote totals.

In response to COVID-19 laws, votes will be cast online over three consecutive days, starting Sept. 17. These innovations will hide fraud from election observers.

Most important, the growing sense that elections are futile will suppress turnout. According to the state-owned Public Opinion Research Center, only 22% of Russians plan to vote in this year’s election, compared to 55% in 2004.

This is good news for the Kremlin. A recent poll shows that United Russia support among committed voters voters is 42% – much higher than the national 27% average, but not high enough to win the 220 districts necessary to build its majority without some manipulation and fraud.

As Putin develops new strategies to stay in power, so have opposition activists increased efforts to weaken his party.

In 2016, the jailed opposition leader Aleksei Navalny and his team developed a strategy of electoral dissent called Smart Voting. They used technology to ask voters to support non-United Russia candidates in order to defeat the party of power.

A study by two Russian scholars shows that independent candidates have indeed bolstered opposition success and secured victories in regional elections across Russia.

In Moscow city elections in 2019, the Central Election Commission disqualified opposition candidates, leading to large public protests. Using Smart Voting, voters simply shifted their votes to the Communist Party and other candidates that were registered on the ballot.

Each Smart Vote success was a demonstration of the Russian public’s demand for fair elections and economic recovery. And each demonstrated the potential for future successes.

In June 2021, the Russian censorship agency asked Google to shut down a regional Smart Vote site.

When Navalny’s team aimed their app at the upcoming national elections in January 2021, the regime doubled down by controlling competition.

Electoral Commissions have rejected signatures as fraudulent. Candidates with the same name as popular opposition figures have been placed in the same race. Navalny team leader Lyubov Sobel was convicted of violating COVID-19 rules by protesting. The Kremlin is even developing its own version of Smart Vote to confuse disengaged voters.

These tactics have contained the Kremlin’s uncertainty. But according to the independent news network TV Rain, the opposition still has a chance in at least 29 districts.

The Kremlin also responded to Navalny’s challenge with repressive new laws. In June 2021, it declared his network, the Anti-Corruption Foundation, an extremist organization – a designation previously used against terrorist groups.

A subsequent law barred those labeled extremists from competing in elections. Some young potential opposition candidates were conscripted into the military or hospitalized. Others faced drug charges.

The Russian electoral watchdog Golos reports that new laws have made over 9 million Russians ineligible to compete in September’s elections. That includes many members of other political parties who attended the rallies to support Navalny in February 2021. Under the same law, convicted protesters can lose their right to vote.

The tactics operate beyond Navalny supporters. Threats of long prison sentences against popular candidates have driven many out of Russia.

On May 31, 2021, security forces arrested activist Andrei Pivovarov as he sat in a plane headed for Poland. Popular city deputies and housing activists in Moscow and Tver have also been arrested and removed from the ballot. Pavel Grundinin, a Communist Party leader and former presidential candidate, has been eliminated from September’s race. His party is protesting.

As I show in my recent book on authoritarian elections, repressive strategies like Putin’s provide Russian voters with new information about the true nature of the regime and its waning support. That information can spark outrage – and mass protest.

Still, state repression aimed at individuals has had a chilling effect on the opposition. According to a June 8, 2021, poll, support for protest has declined since the high point in February 2021.

At the same time, slightly more Russians say that they would participate in protests than before. Even more challenging for the Kremlin, new data from the Norwegian LegitRuss project confirms significant regional variation in the Russian people’s willingness to contest falsified elections.

This dynamic will be amplified in 2024, when Putin is scheduled run for a fifth term in office.