Afghans’ lives and livelihoods upended even more as US occupation ends 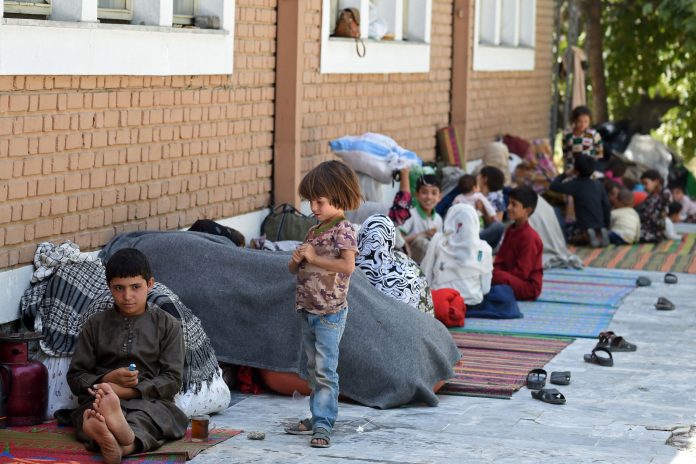 The United States invaded Afghanistan in late 2001 with the goal of destroying al-Qaida and its Taliban hosts and, supposedly, establishing a democratic Afghan state and helping Afghan women and children.

Twenty years later, the U.S. and its coalition of 40 or so allies have shuttered their bases and withdrawn, with few exceptions, their last troops. The Taliban have taken over most of the country, including its capital, Kabul.

More than 5,000 American soldiers and contractors were killed over that time. Another 1,200 coalition soldiers also died. Al-Qaida is not defeated; it’s still in Afghanistan and overall has considerably more members and operates in many more territories around the world than it did in 2001. A careful reading of the February 2020 peace agreement between the Trump administration and the Taliban, an agreement that the Biden administration is apparently adhering to, reveals that the Taliban made almost no concessions in return for the U.S. withdrawal.

As a longtime researcher of Afghanistan’s conflicts, I have observed how Afghans’ lives and livelihoods have been affected by the failed 20-year Western occupation of their country.

The state the US left behind

When the U.S. invaded Afghanistan in late 2001, the Taliban were on the verge of controlling much of the country, which was then home to 21 million people. Their regime was brutal, but it managed to clamp down on extreme lawlessness and to stabilize a country that, by then, had endured 22 years of horrendous war against Soviet occupiers and among rival Afghan factions.

Until its demise in mid-August 2021, the Afghan government in Kabul was weak, corrupt, divided and vulnerable. It attempted to rule over a population of 38 million with some of the most corrupt state institutions on Earth. The regime established by the U.S. and its allies was so dysfunctional that Afghan courts were known to judge for the party that paid the most, police forces extorted impoverished civilians on a regular basis, and little was done by civil servants without a bribe. Many state officials were also predatory warlords who recruited their followers to the civil service with the expectation that they would enrich themselves through bribes.

Foreign-backed Afghan political factions, such as the Hazara Fatemiyoun group organized by Iran, had infiltrated all levels of government. And in a desperate attempt to limit the gains of the Taliban, the Afghan government began directly paying independent warlords for their support, even as many were involved in the drug trade and abusing civilians.

At least 100,000 Afghan civilians were killed or injured in the conflict between the U.S.-led coalition and Afghans resisting its occupation of their country. This number should be considered an undercount, as many Afghan casualties were buried quickly following Islamic customs, and records were not kept. Probably as many Afghan combatants have also lost their lives, and many more have been crippled or gravely wounded. Life expectancy in Afghanistan today is a mere 48 years.

Afghanistan remains one of the poorest countries in the world, with 6 out of 10 Afghans living in poverty and a GDP per capita of some $500 per year, less than 1% of that in the U.S. Much property has been destroyed, and the war economy has forced many Afghans into deeper poverty, all while enriching drug barons and regime-linked warlords. Opium and heroin abuse skyrocketed in Afghanistan over the 20-year occupation, with millions of Afghans turning to the drugs to escape their harsh reality.

There are 2.5 million registered Afghan refugees in Pakistan, Iran and beyond. Three million more Afghans are internally displaced. These numbers are very likely to skyrocket in the wake of the dramatic Taliban victories of mid-August 2021.

Many displaced Afghans, whether inside Afghanistan or outside its borders, lack the basics for minimal survival and are vulnerable to disease and exploitation. Among all the refugees in the world, only those from Palestine and Syria outnumber those from Afghanistan, and Afghans have been among the largest nationality groups seeking refuge in Europe.

Rural Pashtun, the ethnic group that provides the Taliban with most of its manpower, were among those who suffered the most during the war because the bulk of the fighting took place in their areas.

Some urban Pashtun and members of minorities, particularly the historically disadvantaged Hazara ethnic group, took advantage of economic and educational opportunities made available by Western aid agencies and worked for foreign militaries and organizations. These beneficiaries of the foreign presence are now some of the most vulnerable people in Afghanistan, as the Taliban may consider them to be traitors.

Tens of thousands of Afghans who worked for the U.S. military, for example, are pleading with Washington to be allowed to come to the U.S. with their families. The Biden administration admitted some, but many more are still waiting to be relocated in the U.S.

The situation of women and children in Afghanistan has not improved much. The rate of maternal mortality, with 1.6 women dying for every 100 births, has hardly budged since the Taliban ruled in the late 1990s. On the other hand, more women joined the labor force and more children, particularly girls, have had access to primary education in the past 20 years. Still, only 1 in 10 Afghan children finish high school.

In many rural areas, the situation of women and girls has gotten worse: Not only did they not receive quality aid or education, but they had to contend with extreme poverty, threats of violence and the insecurity of war.

What will the future hold?

The U.S. occupation caused Afghans to experience an additional 20 years of war and suffering. Ironically, the U.S. is leaving Afghanistan in a state very similar to when it invaded.

The Taliban are back in control of much of Afghanistan, including most of Kabul. Their erstwhile opposition, the militias and warlords of the now-defunct Northern Alliance are weaker than they were in 2001, just before the U.S. invasion.

Some members of minority groups, particularly the Hazara and those who cooperated with the foreign occupation, are likely to suffer. Urban Afghans will also have to contend with severe Taliban social strictures that affect women and girls in particular. Migration out of Afghanistan will rise as urbanites and minorities flee for their lives. On the other hand, the Taliban are likely to impose their strict law enforcement and establish courts that aren’t run by corrupt officials, which should deter crime.

As of now, the Taliban have expressed the desire to provide amnesty to state officials, soldiers and other workers. If that happens, and if it is maintained, it would likely shore up Taliban support among the public.

If the U.S., as it often reflexively does against challengers in the international system, chooses to impose harsh sanctions on Afghanistan the way the U.S. and U.N. did in the 1990s, then it would contribute to even more suffering.

It is also possible that resistance to Taliban rule may develop over coming months and years in the north and in the center of the country. If civil war resumes, then I believe Afghans will experience even more exploitation, heart-wrenching poverty, death and suffering.