Business
Cars
COVID-19
Entertainment
Family
Fashion
HomeNewsWhy some unvaccinated Americans are changing their tune and how that could...
News 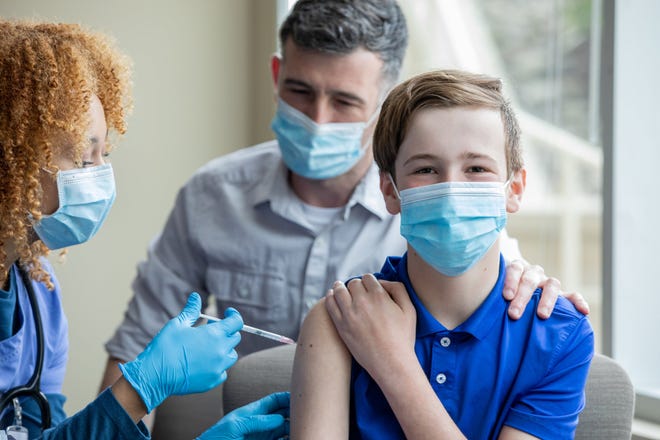 As more and more unvaccinated people lose loved ones to COVID-19, a chorus of regrets has started to resonate. Experts say those voices could persuade fence-sitters to get vaccinated – a crucial step toward ending the pandemic.

The human mind has reality constraints that make it difficult to grasp the severity of a situation before personally experiencing it, New York University Psychology Professor Jay Van Bavel told USA TODAY. Once you’re in a hospital bed, you can no longer deny the virus, he said.

“You have a huge population of people who are catching (COVID-19) for the first time and realizing they potentially made a huge, catastrophic mistake not getting the vaccine,” he said.

Brytney Cobia, a hospitalist in Alabama where less than half of the population is vaccinated, has witnessed the regret of her patients first-hand.

“One of the last things they do before they’re intubated is beg me for the vaccine. I hold their hand and tell them that I’m sorry, but it’s too late,” she wrote in a Facebook post.

When COVID vaccines were first rolled out in the winter into the spring, cases plummeted and many Americans enjoyed a brief period of semi-normalcy. Now, the highly contagious delta variant has led to a staggering number of infections, most of them from unvaccinated populations.

“Particularly when we started getting to a variant that is as contagious as chicken pox people are starting to change their mind,” UCLA Professor of Psychology and Health Services Vickie Mays said.

Hospitalizations have steadily increased since the end of June: a 40% uptick in admissions from July 28 to Aug. 3, the CDC’s COVID Data Tracker reports. Unvaccinated people make up more than 97% of those hospitalizations, according to CDC chief Rochelle Walensky.

Just over 50% of Americans have been fully vaccinated. However, in rural areas across the Southeastern and Midwestern states that number drops to less than 30% of the population.

Reasons vary among those who won’t get jabs: concerns about side effects and long-term consequences; misconceptions about the vaccine such as the false claim that the shots will impact fertility; a failure to grasp how deadly the virus can be. And others are awaiting full FDA approval, which could come as early as this month.

After losing her fiance to COVID, Jessica DuPreez wishes she and her family had not waited. One of the last texts Micheal Freedy sent DuPreez was stark: “I should have gotten the damn vaccine.”

Now vaccinated herself, DuPreez is encouraging anyone who is hesitant to get inoculated. “Even if you get a sore shoulder or you get a little sick, I would take a little sick over him not being here at this point,” DuPreez said.

The family of Marquis Davis experienced a similar tragedy. When Davis was hospitalized he told his wife, Charnese, that he would get the shot upon release. But that moment never came.

Charnese Davis decided the best way to honor her husband’s death was to encourage others to get vaccinated. In partnership with the state of Florida, the Faith Temple Christian Center offered vaccinations and testing at Davis’ memorial service.

Van Bavel said words of warning from those formerly opposed to vaccines are an effective tool to persuade those who are hesitant or opposed.

“Personal stories are one of those things that can cut across partisan divides,” unlike statistics and scientific data, he said.

Mays believes these stories would have bigger impact if they focused more on how susceptible people are to COVID.

“In talking about what you didn’t know and the vulnerability you did not realize you had, it makes a person stop and think. But with someone talking about what they regret there’s not always a lesson to the next person,” she said.

Stories particularly resonate when a person sees themselves in the situation, Mays said. If a young person who is unvaccinated hears about why and how someone of a similar age contracted the virus they could realize how much they are at risk.

“It’s what you don’t know that’s then revealed to you that makes you act differently,” she said.

This story was first posted on: https://rssfeeds.usatoday.com/~/662315288/0/usatodaycomnation-topstories~Why-some-unvaccinated-Americans-are-changing-their-tune-and-how-that-could-help-curb-latest-COVID-surge/