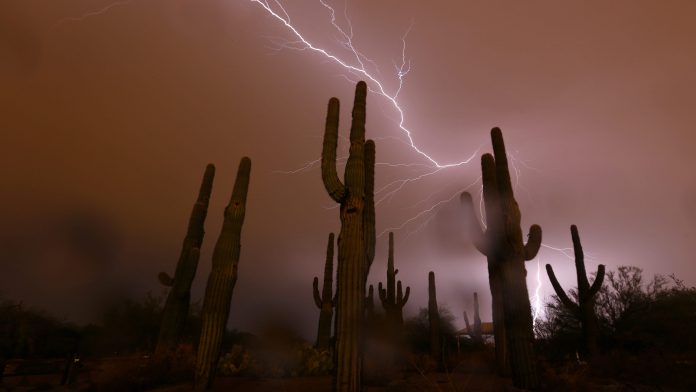 Two recent lightning strikes on the East Coast have resulted in multiple injuries and one in the death of a boy.

On Thursday, a lightning strike in New York killed a 13-year-old boy, according to the New York City Police Department. The incident occurred at Orchard Beach in the Bronx around 5 p.m. The six others struck by lightning were injured but expected to survive.

And in North Carolina, four hikers were injured after a lightning strike on a mountain. The hikers were enjoying the views in Grandfather Mountain State Park on Friday when a sudden storm appeared and lighting struck.

All four were able to walk down the mountain, although one suffered a head injury after falling, local firefighter Brandon Townsend told USA TODAY. The hikers were near MacRae Peak, an elevation of around 5,800 feet.

Seventeen people were killed by lightning strikes in 2020, according to the National Weather Service. The most yearly lighting related fatalities was in 2016, when 40 people died.

“Our hearts go out to the victims of this tragic incident,” Meghan Lalor, a spokesperson for the New York City Department of Parks & Recreation, said in a statement Thursday.

This story was first posted on: https://rssfeeds.usatoday.com/~/662363556/0/usatodaycomnation-topstories~dead-multiple-injuries-in-recent-US-lightning-strikes-in-New-York-North-Carolina/