These women of color have broken law enforcement, military barriers: ‘This is who I am’ 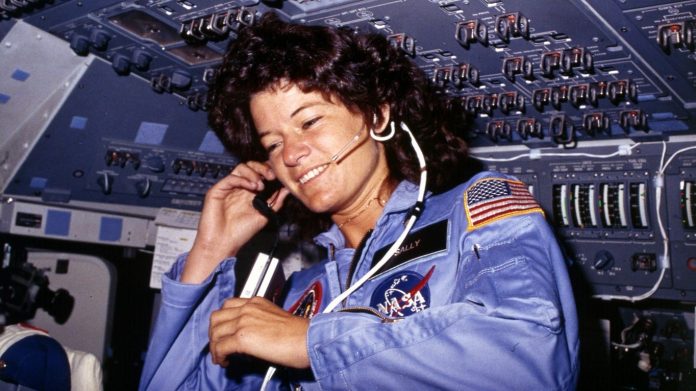 A Puerto Rican FBI agent, who is believed to be the first Black woman to be selected to train for a bureau’s SWAT team, has broken more than one barrier for little girls around the nation.

According to a FBI news release, the agent, Tia, whose last name the agency is withholding, is undergoing an intensive 10-week course where she will practice SWAT team operations with other selectees.

If she passes, she will become a probationary member of the San Juan Division’s SWAT team.

“I’m not the biggest person. I’m not as strong as some of these guys. But as long as you have perseverance – because it does get really tough – you push through it and keep going,” Tia said in the news release.

Tia’s story is just one unique moment of how women of color have broken barriers in law enforcement and the military.

At the end of February, Capt. Shanti Sethi was interviewed to be the Senior Navy Military Advisor to the Secretary of Navy, a position she accepted.

But, Sethi has had many prior successes as a member of the Navy, which include being the first Indian American and 15th female to command a major U.S. Navy combat warship.

She commanded the missile destroyer, USS Decatur, from 2010-2012 and was the first female commander of a U.S. naval vessel to visit India.

“In the Navy, you transition through various levels of ranks, where you’re doing some specific jobs, and then you reach the level where you command as a commander, and then as a captain,” Sethi told USA TODAY.

Sethi’s unique background has added perspective to the job that she does. Her mom was born in Canada and became a naturalized U.S. citizen at the age of 12, while her father immigrated to the U.S. from India in the early 1960s.

She says that although she didn’t have a traditional upbringing as the child of an immigrant because her mom had been raised in the country, Sethi’s appearance often made her feel excluded.

“My mom is blond and blue-eyed, and I am not. So I can remember as early as second or third grade being left out,” Sethi said. “In the 1970s, there were very few Indian Americans outside of a few small enclaves. So I remember being very different and being treated differently, even from a young age.”

When she joined the Navy in 1993, the combat exclusion law was still in effect so she was limited in what she could do.

“When I was an officer, they did lift the Exclusion Act and I was able to move on to have a career path that was much more open to me because I was going into this very male-dominated environment,” Sethi said.

“I thought I needed to be tough and aggressive, and I struggled for a little while until I had some heart-to-heart conversations with people I worked for and people who worked for me,” Sethi said. “I realized that I just needed to let go of it, … and be myself, even if myself is a little bit goofy, a little bit silly, certainly a lot nerdy. And suddenly I blossomed and really began to thrive in the community.”

The experience of being in the Navy has taught her not to sell herself short or disguise her ambition.

“You can’t be what somebody else thinks you should be,” Sethi said. “You really have to become comfortable in yourself and say, ‘This is who I am, and I can succeed as who I am. I don’t have to pretend or try to be someone else.'”

Sylvia Mathis was the first Black woman to serve as a special agent of the FBI. She started her journey in 1976, when she arrived at the FBI academy in Virginia, according to an agency news release. At the time, only 40 out of the 8,500 FBI agents were women.

The rigorous training of the academy was comprised of mastery in different academic subjects, excellence in real-world exercises and skills in weapon throwing at high-value targets.

Mathis, however, was more than determined. She graduated from New York University in 1972 and earned a Juris Doctor degree from the University of North Carolina School of Law in 1975.

According to the FBI, her law school dean, who was a former FBI agent, told Mathis to consider applying to the federal agency.

She was accepted into the bureau, and in 1976, then-Director Clarence Kelley presented Mathis with her badge and credentials.

Heather Fong, who was born and raised in California, was sworn in as a police officer for the San Francisco Police Department in 1977, according to the Department of Homeland Security. Quickly rising up the ranks at her station, she held the positions of inspector, sergeant, lieutenant and captain.

In 1998, Fong was promoted to commander and worked in the Special Operations Division, where she managed traffic, tactical, and municipal transit companies, according to the DHS.

Two years later, she was promoted to deputy chief and worked in the Field Operations Bureau managing a patrol force.

In 2004, Fong was appointed as chief of police, making her the first woman to head the San Francisco Police Department and the first Asian American woman to head a major metropolitan city police force.

After 32 years in the police force, Fong stepped down from her position in 2009. She was later chosen to serve as the Department of Homeland Security’s Assistant Secretary for State and Local Law Enforcement in 2014, according to DHS. She left at the end of the Obama administration.

This story was first posted on: https://rssfeeds.usatoday.com/~/662243770/0/usatodaycomnation-topstories~These-women-of-color-have-broken-law-enforcement-military-barriers-This-is-who-I-am/