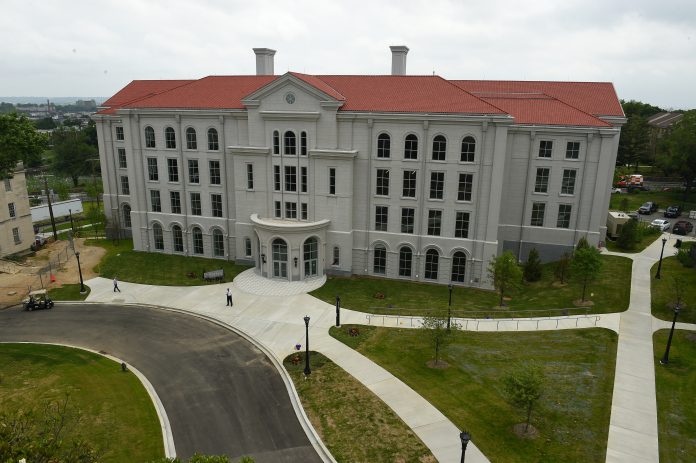 Editor’s note: A growing number of colleges and universities across the country are using money from the American Rescue Plan to clear their current and graduating students’ debt. The American Rescue Plan was signed into law in March 2021 and allocated nearly $40 billion to the Higher Education Emergency Relief Fund III. Colleges and universities may use a portion of these funds to cover lost revenue, including unpaid student account debts. Here William Chittenden, an expert on debt in higher education, explains what this means for college students’ futures.

1. How does debt clearance work?

Current students, recent graduates and colleges and universities will all benefit from debt clearance.

Debt clearance is not the same as student loan forgiveness. Rather, debt clearance refers to the forgiveness of amounts that students and recent graduates owe to their universities for past semesters for things like tuition, fees and room and board. With these debts outstanding, current students may not be able to register for classes the following semester.

2. How do students benefit?

Students and recent graduates who were enrolled on or after March 13, 2020, may be eligible for debt clearance. Those who can demonstrate financial hardship will benefit, as they will not have to repay the debt. By clearing this debt, universities are allowing current students to finish their studies.

For recent graduates, having debt outstanding to their school may prevent them from obtaining a transcript or proof that they graduated. By clearing the debts for recent graduates, alums can, as noted by the chancellor of City University of New York, Félix V. Matos Rodríguez, “move ahead in pursuit of their educational and career objectives without the specter of unpaid tuition and fees.”

3. How will colleges and universities benefit?

Colleges and universities will also benefit, since the debts that are being cleared are being paid for by the federal government instead of the university. Schools are receiving funds they may have had to write off. This gives universities money to spend in the local economy on things like office supplies and catering services.

The indirect benefits to students are positive but harder to measure. If the debt clearance allow students to finish their final semester and earn their undergraduate degree, they will earn 50% more, on average, than those who completed some college but did not earn a degree. I consider that a significant benefit to students.

Federal dollars used for debt clearance will be spent by colleges and universities on a variety of goods and services. That spending ripples through the economy. The estimated size of the economic impact of this spending by universities varies greatly. The state of Washington estimates that each dollar the state spends on higher education at the University of Washington generates $1.48 in economic activity, while Oklahoma estimates there is $9.40 of economic impact per dollar spent on higher education. Although the exact dollar impact is unknown, all estimates are that it will be positive.

5. How fair is it to clear balances for students and graduates at this time but not others?

We are in the midst of a once-in-a-century global pandemic. In the second quarter of 2020 we saw the largest decrease in gross domestic product on record. In April 2020, over 20 million people lost their jobs, and unemployment hit levels not seen since the Great Depression. The economic hardships students are facing because of the pandemic are extraordinary. Therefore, it can be argued that federal funding for debt clearance is fair, given the extraordinary circumstances.

Nobel Prize-winning economist Milton Friedman stated, “There is no objective standard of ‘fairness.’” Unfortunately, without such a standard, individuals will disagree on the question of debt clearance fairness.

[You’re smart and curious about the world. So are The Conversation’s authors and editors. You can read us daily by subscribing to our newsletter.]