‘Very tragic’: Children in Minnesota, Kansas, Virginia and Arizona have died in hot cars this week 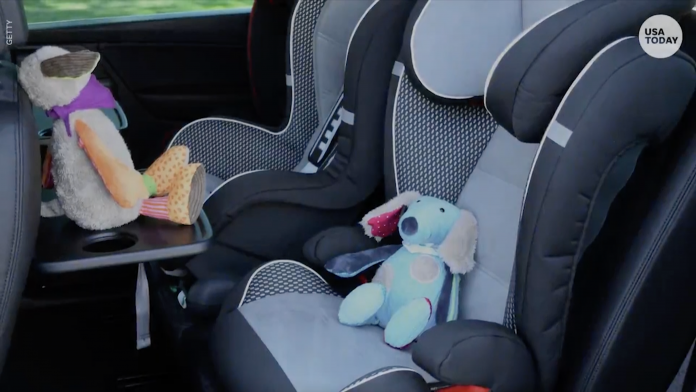 Four children have died of vehicular heatstroke this week, bringing the total number to 14 deaths related to hot cars in 2021.

The majority of deaths this year have been the result of a parent or caregiver leaving the child unattended inside a vehicle, and authorities are urging adults to take extra precautions to avoid the accidental tragedy of a hot car-related death.

Two of the latest deaths, however, occurred after children climbed into vehicles on their own, raising advocates’ calls for occupant detection technology in new vehicles.

In Hibbing, Minnesota, twin 3-year-old boys were reported missing and later found unconscious in an overheated car, according to authorities. One survived but the other died after both were airlifted to a children’s hospital.

In Maple City, Kansas, a 2-year-old died of extreme heat exposure after getting into the vehicle on their own after waking from a nap, authorities said.

“This is a very tragic death,” Cowley County Sheriff David Falletti said in a news release.

Two other children died this week after being left in cars by their parents, a 5-year-old in Springfield, Virginia, and a 7-month-old in Mesa, Arizona.

KidsAndCars.org, an national child safety organization that tracks hot car deaths, has a number of tips for parents.

Do not intentionally leave a child alone, even with a cracked window, the organization says, because the “greenhouse effect” in vehicles causes the temperature to rise dramatically in just 10 minutes. Cracking a window does not mitigate these factors, and children have died with outdoor temperatures as low as 60 degrees.

According to data collected by KidsAndCars.org, over 1,000 children have died from vehicular heatstroke since 1990 – the highest total in a single year is 54 in 2018.

The organization also advocates for the Hot Cars Act, a piece of legislation that would make it standard for all new cars to include technology designed to alert drivers if a child is left unattended.

The act passed the House of Representatives this year and a version was passed in the sweeping infrastructure Senate deal this week that would require technology to be included in new vehicles that gives a reminder to check the back seat. KidsAndCars.org and other advocacy groups say that’s not enough, because it would not cover accidents like kids getting into cars on their own, which requires technology for occupant detection.

“Sadly, the language passed by the Senate bill does not require occupant detection, which is absolutely necessary to save lives,” said Amber Rollins, director of Kids and Car Safety. “Without occupant detection, children and pets will continue to die in hot cars.”

This story was first posted on: https://rssfeeds.usatoday.com/~/662107194/0/usatodaycomnation-topstories~San-Francisco-New-Orleans-to-require-vaccination-for-indoor-venues-FDA-could-OK-rd-dose-for-immunocompromised-soon-COVID-news/