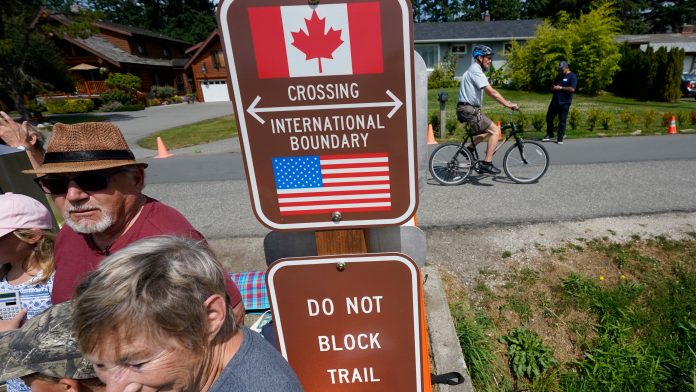 Federal regulators are expected to amend the emergency use authorizations for the Pfizer and Moderna vaccines as soon as Thursday to allow for a third shot of coronavirus vaccine for some immunocompromised people.

The moves come as more at least two more cities, San Francisco and New Orleans, say they will require vaccinations for indoor events.

An official familiar with the plan told The New York Times that the third shot covers those with solid organ transplants and others whose immune systems are similarly compromised, roughly 10 million Americans.

A May study from the Johns Hopkins University School of Medicine found that only 17% of transplant recipients had antibodies after their first dose of a COVID-19 vaccine, and an additional 35% responded after two shots.

The expected decision comes as the delta variant surges throughout the United States. It accounts for about 93% of the nation’s cases.

In Mississippi, which is averaging 2,700 new coronavirus infections a day, the number of patients needing intensive care and ventilators has surpassed the worst of the pandemic during the winter months.

“The rate of testing positive and rate of hospitalizations that we are seeing, if we continue that trajectory within the next five to seven to 10 days, I think we’re going to see failure of the hospital system of Mississippi,” said Alan Jones, associate vice chancellor for clinical affairs and COVID-19 clinical response leader at the University of Mississippi Medical Center.

Ross called the rapid rise of new cases nationwide and in New Mexico “quite alarming.” But he added: “We can work together to level this out… We know what we have to do to flatten that curve.”

Some of the country’s most popular tourist destinations are keeping their indoor attractions out of reach for the unvaccinated, whether they’re locals or visitors.

Mayor London Breed said Thursday that San Francisco will require proof of full vaccination against COVID-19 for a number of indoor venues, including restaurants, bars, gyms and many entertainment sites, becoming the nation’s first major city to impose such a condition.

New Orleans is also making proof of vaccination a requirement for indoor venues, including its famous bars and restaurants and the Superdome, home of the NFL’s Saints, Mayor LaToya Cantrell said Thursday. The requirement also applies to outdoor gatherings of more than 500 people, but the New Orleans mandate allows the option to present proof of a negative COVID-19 test taken within 72 hours.

Like New York, which announced its indoor vaccine mandate last week, New Orleans asks for proof of only one dose.

Los Angeles, the country’s second-most populous city, is similarly aiming to require proof of vaccination for many indoor activities, including for bars, gyms, restaurants and entertainment spaces like concert venues and movie theaters. The L.A. City Council voted unanimously earlier this week to have the city attorney help draft an ordinance that would bar the unvaccinated from most indoor spaces.

Before delving into his plan for lowering the price of prescription drugs Thursday, President Joe Biden decried the politicization of measures intended to stem transmission of the coronavirus and the increased hostility toward those implementing them.

Biden referenced an incident Tuesday in Tennessee during which health care workers were threatened after the Williamson County board of education approved mask requirements in elementary schools. Hundreds of dissenters paraded with anti-mask signs outside the board meeting, which was disrupted several times.

Referring to doctors and nurses on the frontlines as “heroes,” Biden said, “They’re doing their best to care for the people refusing to get vaccinated.”

He also praised mayors, school superintendents, teachers and local leaders “for standing up to governors politicizing mask protection for our kids.”

Florida and Texas could have prevented 4,700 deaths with better vaccination rates, study says

Florida and Texas could have prevented 70,000 hospitalizations and saved 4,700 lives if they had matched the vaccination rate of the nation’s top five states, a new study found.

Those states – Vermont, Connecticut, Massachusetts, Maine and Rhode Island – had fully vaccinated 74% of their adult population by the end of July, compared with 59.3% for Florida and 55.6% for Texas. The national figure as of Thursday was 61.3%.

The researchers, from Yale and York universities and the Commonwealth Fund, point out Florida and Texas have been hit particularly hard by the pandemic’s resurgence, accounting for 28% of the nation’s infections and nearly 35% of the deaths. As a percentage of the nation’s population, Florida ranks first in COVID deaths and Texas ninth, and both continue to see explosive growth in their caseloads.

The vast majority of those deaths and infections are preventable, but as the researchers say, that would require vaccinating a significant percentage of the 7 million eligible Floridians and 9 million eligible Texans who have yet to be inoculated against the virus.

“If estimates through the end of July hold true,” the researchers write, “many of these people will suffer through hospitalizations, and some will likely die – making more rigorous vaccination campaigns in those states all the more imperative.”

A day after California became the first state to require vaccinations or regular COVID testing of teachers and staff in public and private schools, the nation’s largest educators’ union supported that policy nationwide.

National Education Association President Becky Pringle said in a statement that nearly 90% of its 3 million members have been fully vaccinated.

“As we enter a new school year amid a rapidly spreading delta variant and lagging public vaccination rates, it is clear that the vaccination of those eligible is one of the most effective ways to keep schools safe, and they must be coupled with other proven mitigation strategies,” Pringle said.

More than 25,000 workers at the U.S. Department of Health and Human Services must get vaccinated against COVID-19 to protect patients at medical or clinical research facilities, the agency announced Thursday.

In addition, the Department of Veterans Affairs, the first federal agency to impose a COVID-19 vaccination requirement, announced its mandate will expand beyond health care workers. Starting Friday, the requirement will apply to most Veterans Health Administration employees, volunteers and contractors who come into contact with VA patients and healthcare workers.

The HHS rule applies to contractors, trainees and volunteers at the Indian Health Service and National Institutes of Health who may have contact with patients. Members of the U.S. Public Health Service Commissioned Corps, who may be deployed as emergency responders, must also be vaccinated.

HHS Secretary Xavier Becerra said the vaccines “will protect our federal workers, as well as the patients and people they serve.”

The delta variant is more contagious for kids. Is it making them sicker, too?

What’s not clear is whether kids are getting any sicker with delta than with other variants.

He said the children he’s seeing seem to have more fever and congestion than those treated during last summer’s and winter’s surges, he said. “We do think delta is maybe contributing to that.”

But it’s too soon to know whether they will have worse outcomes.

Others were less convinced that delta is any different than its predecessors. But the handful of public health experts USA TODAY spoke with said they think it’s crucial for everyone who can be vaccinated against COVID-19 to get the shots.

The more the virus can be slowed down, the fewer children will catch it, the experts said.

Masks are also helpful, experts said, particularly among children too young to be vaccinated. Unmasked children in close contact with each other – such as in a classroom – could pass on the virus.

The rapidly escalating surge in COVID-19 infections across the U.S. has caused a shortage of nurses and other front-line staff in virus hot spots that can no longer keep up with the flood of unvaccinated patients and are losing workers to burnout and lucrative out-of-state temporary gigs.

Florida, Arkansas, Louisiana and Oregon all have more people hospitalized with COVID-19 than at any other point in the pandemic, and nursing staffs are badly strained. Unlike other points in the pandemic, hospitals now have more non-COVID patients whose treatments were postponed during the outbreak.

That has put even more burden on nurses who were already fatigued after dealing with constant death among patients and illnesses in their ranks.

Nearly 70% of Florida hospitals are expecting critical staffing shortages in the next week, according to the Florida Hospital Association.

A fake COVID card can cause real trouble for college students

Students who use phony COVID-19 vaccine cards to skirt mandates at U.S. colleges and universities are risking disastrous consequences, according to school officials and other experts.

Hundreds of colleges and universities now require proof of COVID-19 inoculations. The process to confirm vaccination at many schools can be as simple as uploading a picture of the vaccine card to the student’s portal. However, an easy click of the mouse could spell a hard road for students’ academic futures – if that card is a fake.

“At a minimum, it’s likely to be a federal crime … because when you get the vaccine card it has the CDC stamp on it,” Erika K. Wilson, a professor of law at the University of North Carolina at Chapel Hill, told USA TODAY. “So, if people are buying those fake cards, it could certainly fall under that statute.”

A group of conservative Missouri senators wants the state to intervene and prevent private businesses from requiring employees to get vaccinated, prompting pushback by the state’s chamber of commerce.

In a letter sent to Gov. Mike Parson last week, six Republicans asked him to call the legislature back to Jefferson City to pass legislation preventing COVID-19 vaccine mandates, “whether they be from the public or the private sector.”

The request comes as the virus’ delta variant continues to spread through Missouri, which has led some businesses around the state to require vaccination for workers.

“If your employer can force you to take an experimental drug, what can’t they force you to do?” the letter says. (COVID-19 vaccines have been thoroughly tested, and full approval by the Food and Drug Administration is expected soon.) “We need to step up and ensure Missouri workers can decide whether the vaccine is right for them.”

This story was first posted on: https://rssfeeds.usatoday.com/~/662107194/0/usatodaycomnation-topstories~San-Francisco-New-Orleans-to-require-vaccination-for-indoor-venues-FDA-could-OK-rd-dose-for-immunocompromised-soon-COVID-news/