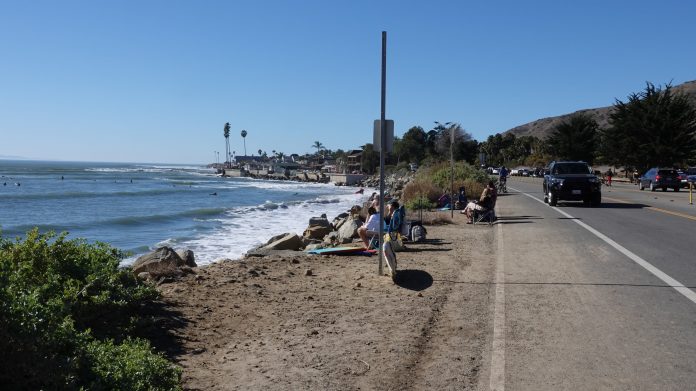 A California surf school owner allegedly told the FBI he used a spear fishing gun to kill his two young children in Mexico on Monday, according to federal prosecutors, and claimed to have been enlightened by conspiracy theories that drove his actions.

Matthew Taylor Coleman, 40, of Santa Barbara, was charged with foreign murder of U.S. nationals on Wednesday in U.S. District Court in Los Angeles, according to the U.S. Attorney’s Office. A federal magistrate judge ordered Coleman to be detained without bond, prosecutors said. An arraignment hearing has been scheduled for Aug. 31.

Coleman was detained by U.S. Customs and Border Protection agents on Monday while crossing into the country from Mexico, authorities said.

The bodies of the children, a 2-year-old boy and 10-month old girl, were found Monday morning by a farmworker at a ranch near Rosarito in Baja California, said prosecutor Hiram Sánchez Zamora.

In the criminal complaint filed Wednesday, an FBI agent said Coleman had allegedly murdered his children by “shooting a spearfishing gun into their chests” and that he had confessed to the murdersMonday.

Coleman and the children had checked into a Rosarito hotel on Saturday. Video footage showed them leaving before dawn on Monday. The father returned alone later that morning and then left the hotel for good, authorities said.

Coleman founded the Lovewater Surf School school in Santa Barbara in 2011, according to the company’s web page and reports from authorities, and ran it with his wife.

Police in Santa Barbara said Coleman’s wife had formally reported her husband and children missing on Sunday and said she was concerned for their well-being.

Matthew Coleman had left the couple’s home in a Mercedes Sprinter van about 24 hours earlier and his wife did not know where the three had gone, according to the Justice Department’s account.

The family had apparently been planning to go on a camping trip Saturday, Coleman’s wife told authorities, when her husband instead left with the children in the van but without a car seat. She spoke with a Santa Barbara Police Department officer on Saturday when Coleman did not return her text messages, but told the officer she did not believe Coleman would harm the children or that they were in danger.

The officer tried to call Coleman but got no response, according to the affidavit. The wife declined further assistance at that point.

After Coleman’s arrest, he reportedly told authorities he had put the youngest child in a box because he had no car seat. During the recorded interview with FBI agents, Coleman allegedly said he “believed his children were going to grow into monsters so he had to kill them,” the affidavit says.

The document also indicated Coleman told investigators he had been “enlightened” by what authorities described as “QAnon and Illuminati conspiracy theories,” and told officials he had received visions and signs that revealed his wife “possessed serpent DNA” and had passed it on to the children.

“Coleman said that he was saving the world from monsters,” according to the affidavit.

U.S. law allows the prosecution of murder committed in another country, so long as both the defendant and victim are U.S. citizens, and the defendant has since left the country where the crime was committed. The statute is rarely used and must be approved at the highest levels of the Justice Department, according to the Associated Press.

– The Associated Press contributed to this report.

This story was first posted on: https://rssfeeds.usatoday.com/~/662183110/0/usatodaycomnation-topstories~Man-accused-of-killing-his-two-young-children-believed-they-possessed-serpent-DNA/