An Indiana doctor’s COVID-19 comments went viral. They were also full of misinformation. 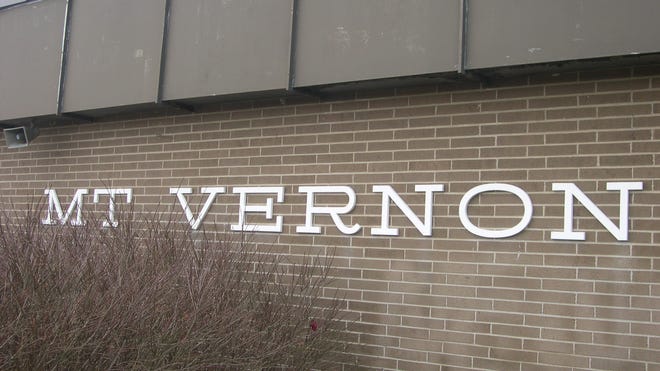 INDIANAPOLIS – Dr. Dan Stock looked and sounded the part. He was well-dressed, well-spoken, credentialed and explained complicated medical terms with ease, so even the layperson could understand what he was saying.

There was only one problem: What he was saying was largely false, contrary to the opinions of the medical establishment, and potentially dangerous.

A video clip of Stock addressing the Mount Vernon Community Schools board, pushing back against the usefulness of masks and extolling the dangers of vaccination in response to COVID-19 has gone viral, captivating droves of Americans, skeptical and weary from a pandemic with seemingly no end in sight who have hailed the central Indiana-based doctor as a hero.

But doctors across the state and beyond are responding to the video with a varying degrees of exasperation and anger.

“It’s frustration and there’s a spectrum to that,” said Bree Simmons, a family medicine doctor in Kokomo. She saw the video make the rounds through several physician Facebook groups. While some were livid and others brushed it off, everyone was on the same page about the content.

“We desperately wish we could put a stop to this misinformation,” she said.

Stock said he is a functional medicine doctor, a kind of medicine that looks for the root causes of disease and illness. A CV posted to his LinkedIn page says that he graduated from the Indiana University School of Medicine in 1988 and while he previously worked in several hospital-based health care settings, he says he is now a private practice family medicine physician.

An archived version of his website shows a pre-occupation with vitamins and other alternative treatments for everything from cancer to autism.

While he has an Indiana medical license, he doesn’t appear to be board-certified, a higher level of medical credential, in family medicine, internal medicine or any other specialty.

Stock claims that the vaccines are causing the current surge in COVID-19 cases. Medical experts and public health officials agree that the surge is being caused by the more contagious delta variant of the disease and low vaccination rates.

“My jaw kind of hit the floor,” said Dr. Gabriel Bosslet, associate professor of clinical medicine in the IU school of medicine. “He looked really credible and he sounded really credible. He used language that sounded intelligent. … It’s just the substance of what he was saying was honestly just patently false, especially the stuff about the vaccine.”

While “breakthrough” cases have been reported in vaccinated individuals, the data shows that more than 96% of current infections in Indiana are in the unvaccinated, as are nearly all recent hospitalizations and deaths.

“The concern that I had was exactly what happened,” he said, “that it would be shared widely.”

In his post, Bosslet says that there are some nuggets of truth in what Stock says. The data on the effectiveness of masks is largely observational up to this point, he said. It suggests that they are helpful, although probably not as much as we would like.

And, Bosslet said, many people do think that some version of the virus will continue to circulate. What he gets wrong, though, is the science around the vaccine’s impact. The vaccine is preventing people from getting severely ill, from dying and it’s working well, Bosslet said. It’s the only way forward.

“I can see why a video like this is popular,” he said. “This physician is well-spoken and clearly had a command of the audience that was impressive. The performance was really well done. But when you drill down to the substance that was said, this is the same tired, fringe stuff that we have heard for the last year.”

One video of Stock’s six-minute speech was taken down earlier this week from YouTube for “violating YouTube’s community guidelines” after it had received more than half a million views. The video of the full school board meeting, posted to the district’s official YouTube page, has more than 550,000 views. Most of its meetings receive just a few hundred.

COVID-19 protocols up to school boards

The problem isn’t just with the internet audience he has captivated. Stock has taken his message to at least two local school board meetings, urging board members to resist adopting stricter COVID-19 safety protocols. Last month, the Greenfield Daily Reporter quoted Stock delivering a similar message to the Greenfield-Central Schools board.

But these boards are typically elected officials without a medical background which can make it difficult, Bosslet said, for them to discern why one doctor’s opinion differs from others.

“I feel bad for the school board in that video,” he said. “The guy sounds completely credible. He is not.”

The U.S. Centers for Disease Control and Prevention has recommended that K-12 schools adopt universal masking for all students, teachers and staff members, regardless of vaccination status. The Indiana State Department of Health has recommended that schools follow the CDC guidance.

But the decision has been left to local school boards, the very people that Stock is telling not to listen to the CDC or the state health officials.

State health officials have pushed back on Stock’s video, while maintaining the position that Indiana is a “home rule state” and decisions around masking and more are up to local officials.

“Throughout this pandemic, we have relied on data and science to make recommendations, and we will continue to do so,” said Megan Wade-Taxter, a spokesperson for the Indiana State Department of Health. “The COVID-19 vaccines are highly effective at preventing hospitalizations and deaths, as evidenced by the fact that more than 98% of Hoosiers who have been hospitalized with COVID-19 since mid-January are unvaccinated.”

That’s true even as the delta variant drives a surge of new cases. More than 97% of Hoosiers who have been hospitalized with COVID-19 since June 1 have not been vaccinated, she said.

“Decisions about school protocols rest with school boards and local leaders,” she said, “including local health departments and elected officials.”

The Hancock County Health Department has also advised all schools in the county, including Mount Vernon, to follow the CDC and state health recommendations.

“You’ve got so many things coming at you,” said Kellie Freeman, a member of the Mount Vernon Community Schools board that heard from Stock last week. “It’s difficult to know.”

At that meeting of the Mount Vernon board, members were considering parameters that would require individual school buildings to increase cleaning and move toward a mask mandate, based on the percentage of students out because of illness or quarantine. Currently, the district is mask-optional.

Ultimately, the board decided to table the discussion after hearing Stock’s comments.

“I think we have an obligation to … find the facts that were shared today,” said board member Shannon Walls.

A spokesperson for Mount Vernon Schools said the board wanted time to be thorough and review all the additional information it has received.

“We know students need in-person learning for them to achieve their highest level of academic success, and Mount Vernon is doing everything we can to maintain continuous learning in a safe environment for our students and staff,” said spokesperson Maria Bond. “Our goal is for all students to succeed in school while preparing them for a successful future.”

Boards across the state were already trying to balance the desires of parents, who remain split on issues such as mask-wearing in many communities. Superintendent Jack Parker said that he’s heard from parents who want a universal mask mandate in the buildings, as well as the parents at the board meeting who called for no masks, contact tracing or quarantines.

The board is set to revisit the updated plan at its next meeting later this month.

This story was first posted on: https://rssfeeds.usatoday.com/~/662051718/0/usatodaycomnation-topstories~An-Indiana-doctors-COVID-comments-went-viral-They-were-also-full-of-misinformation/