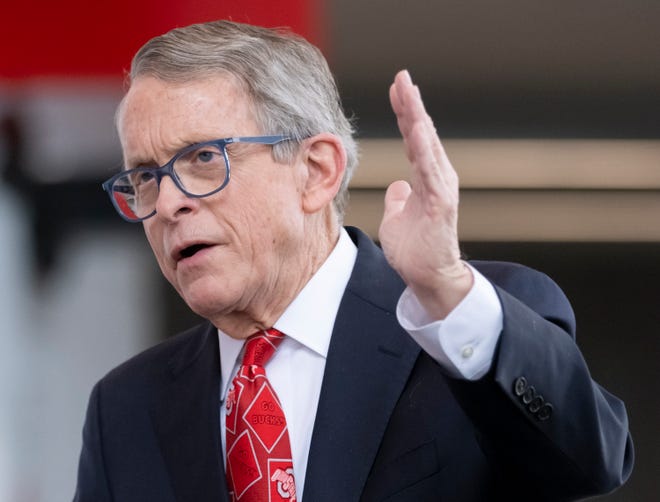 Fourteen men have been charged in the alleged plot, which federal investigators say involved abducting Michigan Gov. Gretchen Whitmer, a Democrat, and leaving her on a boat in the middle of Lake Michigan in retaliation for the state’s COVID-19 restrictions. Virginia Gov. Ralph Northam, a Democrat, was also discussed as a potential target during a meeting of self-described “militia” members in Dublin, Ohio, an FBI agent testified in October.

The mention of Ohio’s governor, a Republican, in Monday’s filing is new. The defendants have argued they were entrapped by the FBI and there was no plot. Prosecutors said in Monday’s 22-page filing that’s not possible because the accused “proposed attacking the governors of Michigan, Ohio, and Virginia” a month before meeting with an FBI informant.

DeWine said in October that he “absolutely had no knowledge” about the plan before reading a news report and declined to answer questions about security measures for him and his staff. DeWine said the plan was “shocking” and “horrible” and “outside our political process.”

“People can disagree with the governor as many Ohioans do and go about it the proper way and demonstrate,” DeWine said at the time. “They can file actions in court. They can file things in the state legislature but this act is frightening.”

Jackie Borchardt is the bureau chief for the USA TODAY Network Ohio Bureau, which serves the Columbus Dispatch, Cincinnati Enquirer, Akron Beacon Journal and 18 other affiliated news organizations across Ohio. Follow her on Twitter at  @JMBorchardt.

This story was first posted on: https://www.usatoday.com/story/news/nation/2021/08/10/michigan-militia-targeted-ohio-governor-mike-dewine/5551948001/?utm_source=feedblitz&utm_medium=FeedBlitzRss&utm_campaign=usatodaycomnation-topstories