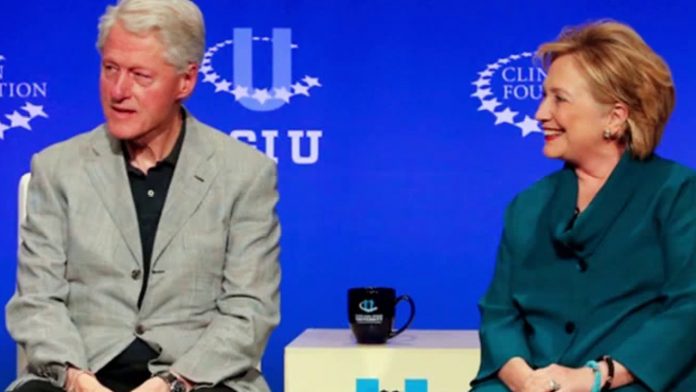 Donations to the Bill, Hillary & Chelsea Clinton Foundation[1] notably dropped off as the former first lady and secretary of state gradually left Washington prominence, culminating in her loss in the 2016 election, New York Post reporter Miranda Devine said Thursday, noting that many of the explicit endeavors of the organization have yet to be ameliorated or solved.

On “Tucker Carlson Tonight[2],” host Tucker Carlson noted how the foundation was seen as an effective NGO aimed at humanitarian missions – but that donations suddenly dropped from $130 million between 2014 and 2016 to $22 million in 2017.

“Sinister Middle-Eastern theocracies spent a lot of money with the Clinton Foundation not to buy access we were told, but to solve the problems like obesity in the third world and HIV in Africa,” he said. “Donors stopped giving right around the time that Hillary Clinton’s political career hit a brick wall when she lost the presidential election.”

Devine added that the Clintons however have been somewhat busy yet at the Foundation, reporting that Hillary Clinton worked with performer Lady Gaga – nee Stefani Germanotta – to help instruct children to wear facemasks during the coronavirus[3] pandemic.

“They have also been busy telling the third world poor countries that they should be taking Chinese vaccines[4]. They’re helping them in that end. Lucky them,” she said.

Bill Clinton, she said, appeared with several dignitaries[5] including daughter Chelsea and the president of Howard University and others to speak about COVID-19 recovery and women’s rights.

“He appeared at a Clinton Foundation junket the other day with Kamala Harris[6]. The topic was “Empowering women.” He’s come a long way,” she remarked.

“The Clinton Foundation is working hard considering their straits and circumstances. You don’t hear much about it.”

However, Devine said that fact may change if former Connecticut federal prosecutor John Durham ultimately finishes his investigative report into the origins of the Trump-Russia investigation[8].

“Remember last year, he widened his investigation to include the FBI inquiry into the Clinton Foundation, which curiously found nothing untoward, but maybe John Durham found something else. The Clinton Foundation may hit the front pages yet,” Devine said.

This story was first posted on: https://www.foxnews.com/media/tucker-carlson-clinton-foundation-update