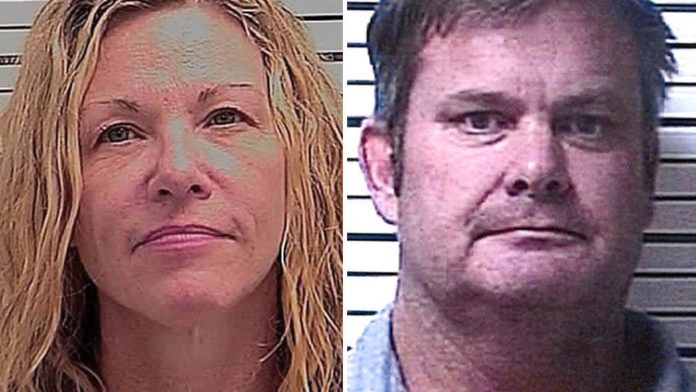 Prosecutors in Idaho[1] intend to seek the death penalty for Chad Daybell, they announced Thursday.

Daybell is accused of killing his two stepchildren[2], who were found dead in the state last year, along with his former wife.

He and his wife, Lori Vallow Daybell, were indicted in May in connection with the deaths of Vallow’s two children, Joshua “JJ” Vallow, 7; and Tylee Ryan, 17, according to officials.

Chad Daybell is also charged with killing his former wife, Tammy Daybell, 49, who died in 2019. He pleaded not guilty to the charges on June 9.

On Thursday, prosecutors said Chad Daybell’s case was eligible for the death penalty because the suspected murders were committed for financial gain. They called the crimes “especially heinous, atrocious or cruel,” and said Chad Daybell showed an “utter disregard for human life.”

Chad Daybell and his wife Lori Vallow Daybell were indicted in May in connection with the deaths of Vallow’s two children. (Madison County Sheriff’s Office)

“[W]e determined that the nature and magnitude of these crimes warrant the possibility of the highest possible punishment,” they said in a statement, according to the Idaho Statesman.

“[W]e determined that the nature and magnitude of these crimes warrant the possibility of the highest possible punishment.”

Prosecutors added they intend to seek the death penalty even if Daybell is convicted on just one of the three murder counts. They had conferred with immediate family members of the victims but said the ultimate decision to seek capital punishment rests with the state, FOX 13 of Salt Lake City reported. The decision applies only to Chad Daybell.

JJ Vallow and Tylee Ryan were reported missing in Idaho by JJ’s grandparents in the fall of 2019, just after Chad Daybell married Lori Vallow Daybell, according to FOX 13[4]. As authorities searched for her children, the Daybells traveled to Hawaii. Lori Vallow Daybell was arrested there in February 2020 and charged with the desertion of her children.

In June 2020, JJ Vallow and Tylee Ryan were discovered buried on the Daybell’s property in Rexburg, Idaho. Chad Daybell was arrested in June of that year, while Lori Vallow Daybell was arrested earlier in February. She was charged with the destruction of evidence, FOX 13 reported.

Lori Vallow Daybell’s best friend, Melanie Gibb, told authorities that when she arrived in Rexburg, Daybell informed her that JJ Vallow had become a “zombie.”

“Gibb further reports that the term ‘zombie’ refers to an individual whose mortal spirit has left their body and that their body is now the host of another spirit. The new spirit in a ‘zombie’ is always considered a ‘dark spirit,’” officials said.

In June, Lori Vallow Daybell was committed to the Idaho Department of Health and Welfare to undergo mental health treatment and her case remains stayed or paused after a mental health expert deemed her not competent to assist in her defense, the Statesman reported[6].

A pre-trial conference is scheduled for Chad Daybell on Sept. 30 ahead of his November jury trial.

This story was first posted on: https://www.foxnews.com/us/chad-daybell-should-death-penalty-idaho-prosecutors