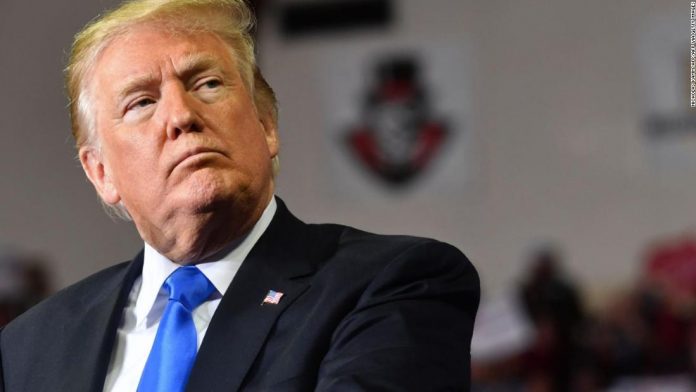 But the story keeps getting worse — as we learn more and more about the extremes that Trump-loyal officials were willing to go to in an attempt to overturn the election, with zero proof or evidence to do so.
The latest bombshell came Wednesday[1] with the revelation that Jeffrey Clark, a top official at the Justice Department, composed a draft letter — which he urged acting Attorney General Jeffrey Rosen and acting deputy Attorney General Richard Donoghue to sign onto — that said the DOJ had “significant concerns that may have impacted of the outcome of the election in multiple States, including the State of Georgia.”
“I think we should get it out as soon as possible,” Clark urged, adding: “I see no valid downsides to sending out the letter.”
The letter was never sent — and Donoghue blasted Clark for even considering doing so. “This is not even in the realm of possibility,” he wrote in an email back to Clark.
Which is a good thing! Donoghue did the right thing, putting his foot down against an attempt to use the power of the Justice Department to lean on state election officials to, counter facts, overturn the vote in a presidential race. But that’s not really the point. The point is this: A top official at the Justice Department tried to create a public pressure campaign to overturn the election despite the fact that there was — and is — no evidence to back up that claim.
That is a VERY big deal. It’s a top official in the Justice Department actively trying to do injustice because that is what the outgoing president of the United States wants him to do. I know it’s hard to be shocked anymore by what Trump and his allies did — especially in the final days of his presidency. And there’s a tendency to lump all of the developments around election fraud into one big ball of bad.
Which isn’t wrong. But it also overlooks the details made clear in the Clark letter: There was an attempted coup happening not only with the knowledge of Trump, but at his behest.
Make no mistake: Clark was acting with the imprimatur of the president. After all, Trump himself demanded that DOJ officials declare the election “illegal” and “corrupt,”[2] according to notes of a December 27 call Trump had with Rosen and Donoghue that were released last week.
And throughout his presidency, Trump had made clear that he believed the job of the Justice Department was to do his bidding rather than to serve as a nonpartisan entity.
Trump was exasperated with — and eventually fired — then-Attorney General Jeff Sessions because the former Alabama senator had recused himself from the Russia investigation, a move that the President thought hurt him. Trump repeatedly called on the DOJ to investigate spurious claims about Hillary Clinton; “Everybody is asking why the Justice Department (and FBI) isn’t looking into all of the dishonesty going on with Crooked Hillary & the Dems,” he tweeted in 2017[3]. “New Donna B book says she paid for and stole the Dem Primary.” And Trump even turned on Bill Barr, his hand-picked AG, when Barr refused to lie about election fraud[4] in the 2020 election.
Here’s the truly scary thing. Those who fail to learn the lessons of history are doomed to repeat them, right? That aphorism has very real-world consequences as we watch Republican-controlled state legislatures across the country pass strict-voting laws even as Trump loyalists in places like Arizona and Wisconsin continue to agitate for the overthrow of the 2020 result.
This is a clear and present danger. Ignoring it won’t make it go away.

This story was first posted on: https://edition.cnn.com/2021/08/05/politics/donald-trump-jeffrey-rosen-election-fraud-cnn/index.html