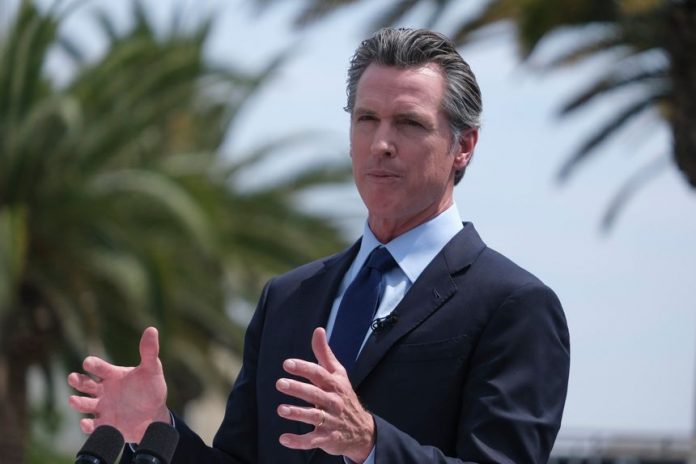 National Democrats are growing increasingly anxious about the effort to oust California Gov. Gavin Newsom (D), urging voters in the deep blue state to get engaged ahead of the Sept. 14 recall election or risk a Republican taking office.

“It’s a big worry,” Sen. Chris Murphy (D-Conn.), who uses crowdsourced methods to help raise funds for Democratic candidates across the country, said of the race.

Several polls in recent days have shown recall supporters within striking distance of ousting the first-term governor, at least among voters who are considered most likely to cast a ballot. According to a survey conducted last week by the Berkeley Institute of Governmental Studies, Newsom would defeat the recall by a narrow 3-point margin, with 50% of the most likely voters saying they would retain the governor versus 47% saying they would replace him.

Another poll conducted this week by Emerson College found the race to be in a statistical tie, with support for recall at 46% and opposition at 48%.

In order to oust Newsom, recall supporters must win 51% of the vote on Election Day, making voter participation critical to both campaigns. The question of who should replace the governor would be determined by a separate question on the ballot.

What’s making Democrats nervous is that the recall is taking place in an off-year election, something that could dampen voter participation in a state where most people already aren’t very engaged in politics. Newsom’s handling of the COVID-19 pandemic, especially with regard to business and school closures, has given his opponents fodder for attacks, as has his handling of rising crime and homelessness in the state.

But Newsom has several structural advantages in the race. For one, there are simply many more registered Democrats in the state ― nearly three times as many as there are Republicans. Even if some Democratic voters stay on the sidelines and every Republican casts a ballot in favor of the recall, Newsom is still likely to pull it out.

“The math doesn’t work,” California Democratic strategist Garry South said of the recall effort. “I think he beats the recall, relatively handily, at the end of the day.”

Newsom’s job approval numbers have bounced back to a comparatively normal level after taking a dip earlier this year ― they’re nowhere close to the dismal numbers (near 20%) that former California Gov. Gray Davis (D) saw on the eve of his own 2003 recall election. Newsom has also raised tens of millions of dollars, money he’ll presumably use to blanket the airwaves with advertisements in the coming weeks to make sure voters know about the recall. Pro-recall committees, meanwhile, have only raised $6 million so far.

The prevalence of vote-by-mail in California also gives Newsom’s chances a major boost. Every eligible voter in the state will receive a ballot in the mail, as they did for the first time during the 2020 presidential election. That makes the task of “turning out” voters easier.

One of the biggest differences between the 2003 recall and this year’s effort is who is and isn’t running as a candidate. More than 40 people have qualified to run so far, but none have the star power that catapulted Arnold Schwarzenegger to the office after voters recalled Davis in 2003.

This time around, the list includes notable Republicans like former San Diego Mayor Kevin Faulconer, who isn’t well known in the state, and athlete-turned-reality star Caitlyn Jenner, whose curious campaign strategy has included forgoing campaign events and taking a three-week trip to film a reality show in Australia. Talk radio host Larry Elder, the latest Republican to jump into the race, is currently leading the field of challengers, with 23% of voters expressing support for him.

Moreover, no credible Democrat has jumped into the race. In 2003, when then-Democratic Lt. Gov. Cruz Bustamante decided to run as a candidate, Davis had trouble tagging the recall effort as a partisan attempt to oust him. Newsom hasn’t had any trouble depicting this year’s recall effort as a GOP escapade.

Still, California Democrats aren’t taking the race for granted. Sen. Dianne Feinstein, the state’s senior senator who once faced a recall effort herself when she served as the mayor of San Francisco, said her constituents “really should be” paying attention.

“He’s a good man and he’s a good public servant,” Feinstein said of Newsom. “And he doesn’t deserve this.”

“To continue in the direction we’re going, to address climate, expand health care, and protect working families ― or go backward on all the issues that we care about,” Padilla said.

National Democrats are growing increasingly anxious about the effort to oust California Gov. Gavin Newsom (D), urging voters in the deep blue state to get engaged ahead of the Sept. 14 recall election or risk a Republican taking office.

In fact, a Republican governor of California wouldn’t simply mean a shift in the state’s politics ― it could affect the entire country.

The GOP could potentially get a chance to fill a Democratic Senate seat if the 88-year-old Feinstein retires early or is unable to serve out the rest of her term. Because Democrats narrowly control the 50-50 Senate at the moment, any change would give Republicans back the majority.

This story was first posted on: https://www.huffpost.com/entry/gavin-newsom-recall-california_n_610abfb7e4b038cedb3ae700