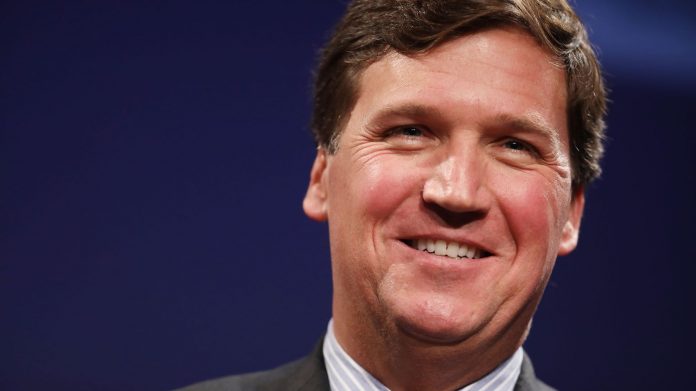 The Daily Beast[3] and Talking Points Memo[4] first noted that Carlson would speak at the gathering for an event[5] titled “The World According to Tucker Carlson.” The speech will be part of the MCC Feszt, a massive, deep-pocketed effort to create a new generation of conservative elite in Hungary.

Fox News did not immediately reply to a request for comment.

The New York Times reported in June that Orban had granted more than $1.7 billion[6] in government funding to a foundation that puts on the event, called the Mathias Corvinus Collegium.

The figure is about 1% of Hungry’s total gross domestic product, and comes amid Orban’s efforts to undermine democratic norms and reshape the political climate to be more conservative and nationalistic, the publication added.

“They are acting like they are doing a public good,” Bernadett Szel, an opposition lawmaker, told the Times in June. “But they are actually stealing from the public.”

Orban is seeking a fifth term in office next year and facing a fierce challenge[7] from an opposition bloc.

Carlson hosted his show from Budapest on Monday night, telling viewers he would be broadcasting from the city for the rest of the week. Orban also posted[8] a picture of the two meeting on his official Facebook page.

He has openly praised the Orban government on his program, calling Hungary a “pro-family country” and praising its leadership’s anti-immigration policies.

This story was first posted on: https://www.huffpost.com/entry/tucker-carlson-orban-hungary-far-right_n_6108bbd1e4b038cedb36fa71