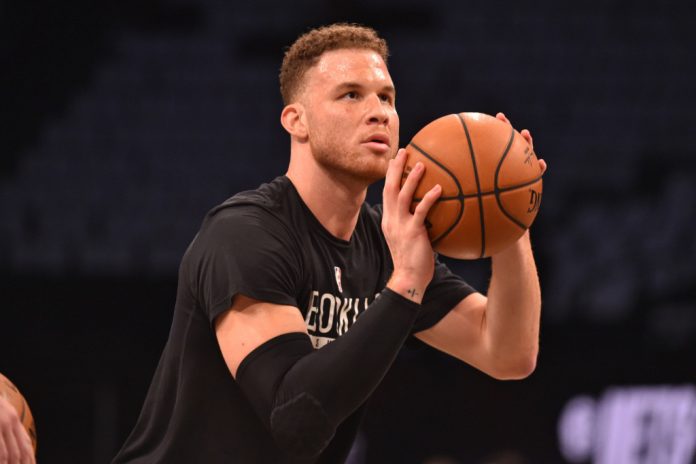 The Nets went into the opening night of free agency as a championship favorite and came out of it the same way, keeping their starting five intact.

The Nets re-signed center Blake Griffin to a one-year deal, first reported by ESPN and confirmed by The Post. Even though they lost Jeff Green and seemed on the verge of losing Spencer Dinwiddie as well[1], holding onto Griffin — who started all 12 playoff games — should give them stability and much-needed grit.

“We have a pretty good team and we’re not trying to reinvent the wheel here. We don’t want to screw it up too bad,” Nets general manager Sean Marks said. “We want to add depth at the big position. That’s going to be important from a defensive and rebounding standpoint.”

The Nets avoided screwing it up, essentially maintaining course. 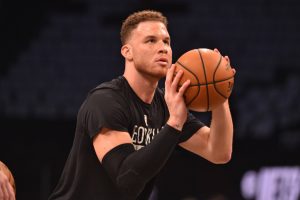 Dinwiddie and Green were both expected to depart for raises. After five straight minimum deals, Green got a two-year, $10 million contract from Denver, according to ESPN. Dinwiddie opted out of his $12 million deal for next season, and was closing in on a three-year, $60 million pact with Washington, according to Bleacher Report.

While the Dinwiddie move was still being negotiated — talks were oning in LA late Monday night — the Nets had been confident in holding onto Griffin, and did so.

He’d signed midseason after being bought out by the Pistons. In a complementary role alongside the Big 3, Griffin looked rejuvenated in throwing down 18 dunks after not having a single one in 18 months in Detroit. He had career-highs in Effective Field Goal Percentage (.574) and True Shooting (.610).

More important, Griffin defended, took charges, hustled and did all the dirty work the Nets needed. Whatever they pay him will be offset from the $29.7 million he’ll get from Detroit.

“We all saw the intangibles that he brought to us last year. Some on the court, some behind the scenes and what he did in the locker room: the veteran leadership, the presence that he had,” Marks said. “He was absolutely terrific and found a niche with the team.”

Even after spending a first-round pick on UNC’s 6-foot-11, 265-pound Day’Ron Sharpe[2], Marks had said he hoped to keep both Griffin and Green. But losing Dinwiddie has always seemed likely — the question was whether the guard would walk for nothing or in a sign-and-trade? And if it was the latter, would the Nets get back assets, or ship them out to dump DeAndre Jordan’s odious contract?

“That’s the quandary where we’re at. It’s an interesting dilemma. It’s a good one to have,” Marks said. “Spencer deserves his ability to go into the free-agent market and test it. If we’re going to participate in a sign-and-trade, it’s really up to Spencer as to where he wants to play, first and foremost. He’s going to have to decide that. 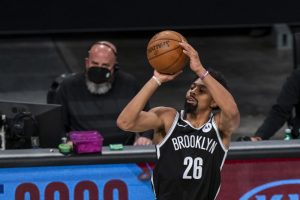 “How we spend that money and how much luxury tax we go into, we’ve already got the commitment from [owner] Joe Tsai that we’re going for it. We’re in. We’re not going to take shortcuts at this stage.”

The Nets had rejected a sign-and-trade offer of Kyle Kuzma and Montrezl Harrell, but Dinwiddie got an endorsement from Bradley Beal according to The Athletic. They could bring in a third team, Washington could send salary there and Brooklyn could create a big trade exception.

The Nets could use this to move the last two years and $20 million owed Jordan, who was a DNP his last 16 straight games. Even so, Tsai is committed to paying tens of millions in luxury tax.

“We’re married to the luxury tax. So there’s no ifs, ands or buts about that,” Marks said. “We know where we are; we know where we’ve been heading for some time now. And that’s the commitment Joe Tsai has made. To have an owner like that that’s all-in and we’re committed for this year and the following years.”

The Nets have the taxpayer mid-level exception, worth $5.9 million. They have interest in Bryn Forbes and Patty Mills (as reported by NetsDaily). Marks knows Mills from his Spurs days, although he’s expected to command $6 million to $8 million. Forbes and ex-Knick Frank Ntilikina could be available for the mid-level exception.

The Nets had interest in Otto Porter Jr., but he opted for Golden State. JJ Redick (who lives in Brooklyn during the offseason), David Nwaba, Dante Exum and Tacko Fall are all available, potentially for a minimum.

This story was first posted on: https://nypost.com/2021/08/03/nets-re-sign-blake-griffin-lose-jeff-green-in-nba-free-agency/