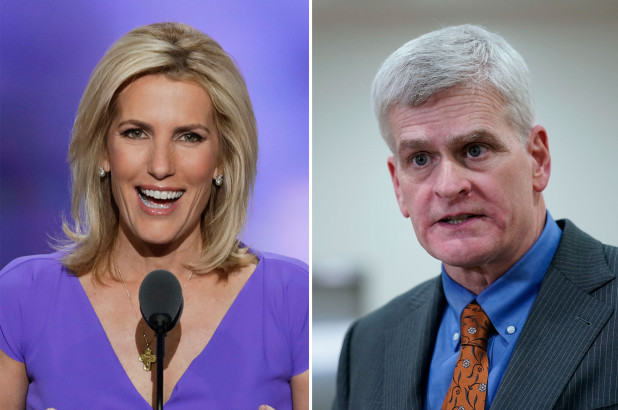 After “The Ingraham Angle” host echoed small-government Republican complaints[2] that the bill is a “Trojan horse” for massive Democratic Party spending projects, she asked Cassidy — one of the lead negotiators of the package — if he had read the 2,702-page bill[3].

“My staff and I have read it totally,” Cassidy responded before adding: “And defending it, my gosh, why wouldn’t you want this, as one of my colleagues said?

“$110 billion for broken-down bridges, to replace or to make ‘em better, also to make ‘em safer,” the Louisianan added. “$65 billion to bring broadband in areas that do not have it, creating jobs along the way. $16 billion for Army Corps of Engineers to address coastal restoration issues and other things that place Americans at risk of losing their homes and their businesses from floods. And by the way, did I mention it creates a heck of a lot of jobs?”

Democrats are hoping to pass[4] a larger $3.5 trillion budget resolution through Congress without Republican support. House Speaker Nancy Pelosi has insisted that if the smaller infrastructure bill passes the Senate, she will not bring it to a vote until the upper chamber also passes the budget resolution[5] through the parliamentary maneuver of reconciliation. 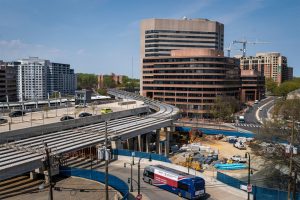 Cassidy drew Ingraham’s ire when he suggested that passing the bipartisan bill would make it harder for Pelosi to force through the $3.5 trillion budget resolution.

“Pelosi wants to link the two,” he said. “She doesn’t think she has the votes for that $3.5 trillion.”

“Senator,” Ingraham asked incredulously, “are you on this show tonight saying that Nancy Pelosi hasn’t gamed out her votes?”

“She doesn’t think she has the votes on the $3.5 trillion,” Cassidy insisted. “She’s hoping to fold these together so she can get it passed, and by the way … Republicans against this bill are trying to help Nancy Pelosi.”

At another point in the segment, Ingraham asked Cassidy: “Why not do what Pelosi did and say, ‘Show us your hand first, let’s see the full text of your reconciliation bill, everything that’s in it’ … let them show their hand.

“But it got flipped, didn’t it?” the host asked. “You guys got played on this. You had to vote first, or agree first. They still haven’t shown the text of their legislation, have they, sir?”

“The ironic thing is, you are agreeing with the ‘Squad’ and Bernie [Sanders],” said Cassidy, drawing a sarcastic, “Oh, yeah” from Ingraham.

“It’s amazing,” he added. “You’re agreeing with Pelosi … If we sink this bill, and you marry them together, it’s [the budget resolution is] more likely to pass. That’s just what simple logic tells you. I’m not quite following –“

“You don’t follow?” Ingraham asked. “So you don’t follow The Wall Street Journal[6], National Review[7], yours truly, any number of people online who have been writing about economics, like [commentator] Steve Moore, for like 35 years?”

After Cassidy repeated his insistence that passing the compromise bill would make it harder for Democrats to push more spending, Ingraham told him: “I know you’re talking loudly tonight because you’re trying to be persuasive, but it’s just not working.

“When they pass the $3.5 trillion, you going to come back on this show and say you were wrong?” she then asked.

“I’ll come back on this show, but even though we make it less possible, if it still happens somehow this is to blame,” Cassidy shot back. “That logic is specious and you know that.”

After Ingraham thanked Cassidy for joining her, she told viewers: “I don’t think I’ve ever heard Senator Cassidy talk so loudly to Democrats before, but I love the fact that he did that with me.”

This story was first posted on: https://nypost.com/2021/08/03/fox-host-laura-ingraham-slams-sen-bill-cassidy-over-infrastructure-bill/